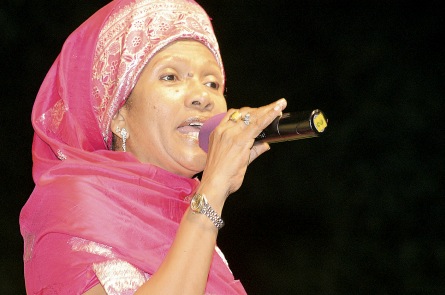 REGGAE Meets Samba is the title of a Brazilian documentary about singer Marcia Griffiths, currently being filmed in the city Sao Paulo.

“It surrounds my musical journey. The producer thought I would make a good subject,” Griffiths said in an interview with the Jamaica Observer, before leaving for the South American country.

Reggae Meets Samba is produced by Bossanova Films, a company located in the city of Salvador de Bahia.

Griffiths, whose career began in the 1960s, said although the feature is about her, it was not the sole reason for participating.

“It is a positive move, anything that can establish and take the music to another level, I’m willing,” she said.

Griffiths had a number of hit songs during the 1960s for producer Clement Dodd including Feel Like Jumping and Really Together (with Bob Andy).

In the 1970s, she was a member of the I Three, Bob Marley’s harmony group. Griffiths continued her solo career with outstanding songs like Dreamland and Stepping Outa Babylon.

A decade later, she had a massive hit with Electric Boogie and maintained her chart presence during the 1990s with Penthouse Records.

She also disclosed plans to officially celebrate 50 years in the music business next year with a list of activities including adopting an education centre in the St Andrew community of Cassava Piece.

For the original report go to http://www.jamaicaobserver.com/entertainment/Marcia-Griffiths-s-musical-journey-for-docu-film_15623859