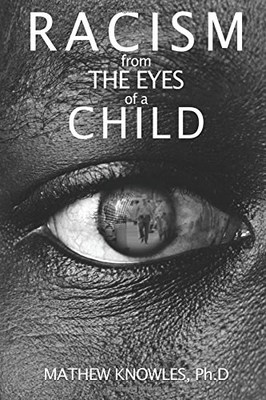 HOUSTON, Feb. 13, 2018 /PRNewswire/ — With uncanny timing for socially charged topics, music mogul Mathew Knowles hits hard right out of the gate with his latest book Racism from the Eyes of a Child (Amazon/Ingram), released just in time for Black History Month. RFEC is a deeply personal reflection on racism in the south, where the Gadsden, AL native was raised, and America at-large. The semi-biographical journey is seen through his and close relative’s accounts of a childhood lived through the country’s most separate past. From the 1950s-70s, Knowles experienced one of many firsts—from integrating all-white schools in the south, up through his experiences in the corporate, and later music world. There he helped cement music history by introducing his bloodline and managed talent to the world with Beyoncé (Destiny’s Child) and Solange Knowles. His experiences as a child with police cattle prods and other such heinous practices used on protestors, all shaped his hyper-awareness of racism—even found in households like his own, in the form of colorism. Such controversial subjects are not new; however, they have been stirring up international dialogue recently. Knowles shot to the center of the subject by asking us to consider if the music industry’s own colorism issues might still be in play. 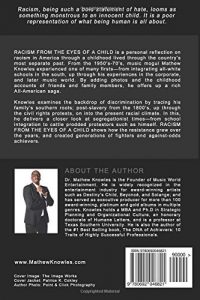 By revisiting his personal experiences with racism in America, his book challenges readers to do the same. He encourages readers to comb their own family histories for heroes who fought discrimination through the years. He points to the attitudes of slave owners who first programmed colorism into the black community due to their own preferences. Racism from the Eyes of a Child discusses the deeper causes of what appears to be a growing permanence to racism, and questions how everyone is going to cope if that is the case. A riveting read, and one that makes you peel back your own ideas about race, RFEC offers a disarming but candid conversation. By showing his own cards openly, Knowles constantly encourages honest and sometimes raw dialogue in hopes of leading to genuine solutions for this generation’s children. By adding photos and the childhood accounts of friends and family members, he offers up a rich All-American Saga.