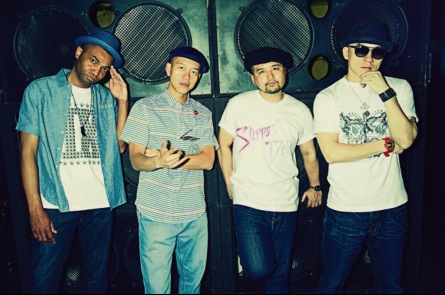 THERE is much potential for reggae and dancehall music on the international scene, but it is being stymied by a lack of order among players in the local industry, according to the operators of the Japanese sound system, Mighty Crown.

“There is nothing really substantial anymore. No form of unity is in the business. It is not like a team anymore,” said Sammi T (real name Samuel Tse), chief selector with the Mighty Crown.

Masta Simon and Sammi T shared their view with Splash in an exclusive interview in Yokohama, Japan, yesterday.

“Everybody can just jump up, make a song, and before the song even mature dem release a next one. Before, it used to be one order, but right now you have 10 orders,” Sammi T said in the Jamaican patois.

“We are losing the substance, the real core of the music. You have too many reggae people fighting reggae. We need to get up a format for the music, and I don’t know who is going to do it. But we need to understand that the music is not about the artiste or the selectors or the producers alone; everybody has their part to play, everybody needs each other,” he said.

Meanwhile, Masta Simon said he was appalled by the many commercials against payola that he witnessed while on vacation in Jamaica last month.

“It is like a 100 per cent ‘link’ ting. They [disc jockeys] are not playing because they are feeling the music anymore. The radio, the charts, are getting ‘buy-out’ by artistes. And you have so many good artistes, talented artistes, not just in Jamaica, but around the world, who don’t get any shine because of it. This mentality has got to go away,” he said.

Founded in 1991 by friends from the city of Yokohama, Mighty Crown built their impressive resume by playing in clubs and selling self-produced mixtapes throughout Japan.

In 1994, they started ‘clashing’ with other Japanese sound systems and became the country’s undisputed sound clash champion in 1998.

The following year, on their debut appearance in World Clash, they defeated ‘sounds’ from Jamaica and the United States to become the first Japanese sound system to lift the World Clash Trophy.

They also operate a clothing line which introduces reggae and dancehall fashion to an increasingly accepting Japanese market. Many of the T-shirts are designed with Jamaican symbols and caricatures.

“Reggae is more than music. It unites people, connects people all over the world. People don’t even need to understand the lyrics to love the music. Some people say that we Japanese tief the music, but its not like that; we lift the music to a higher level, we are ambassadors,” said Masta Simon.

For the original report go to http://www.jamaicaobserver.com/entertainment/Mighty-Crown-bemoans-lack-of-order-in-reggae_15409447