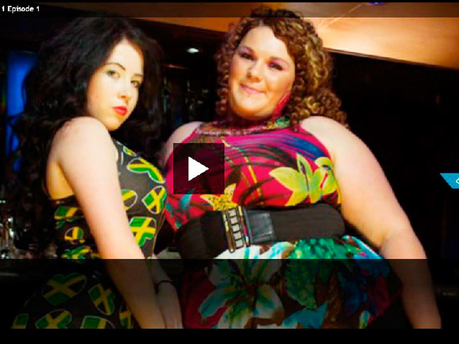 VIEWERS HAVE reacted angrily to Channel 4’s new reality show My Crazy New Jamaican Life and have written to the television station.

A spokesperson for Channel 4 confirmed that My Crazy New Jamaican Life, a first-cut documentary by Vanessa Van-Yeboah, received at least 69 complaints.

A large part of the show focused on Debbie’s partner and the father of her three children, nightclub promoter Variel, who had just fathered a child with his other girlfriend, Vanessa.

On Twitter, ITV presenter Charlene White wrote: “I thought we were beyond stereotyping Jamaica/Jamaicans. Clearly, I was mistaken.”

Another user said: “So bashment, dancehall and multiple babymothers are the epitome of Jamaican life … oh dear.”

Executive chair of Jamaican think tank Facilitators for a Better Jamaica, Sylbourne Sydial, said he had boycotted the film because he suspected it would be yet another misrepresentation of Jamaica and its culture.

He said: “One of the things we have to be mindful of is that we might see ourselves in a certain light, but others see us in a different light. We can’t stop others from thinking the way they do and making programmes that portray us in a certain way. What we need to do is to create our own programmes.”

He added: “We can complain all we want; the more we complain, the more we boost their profile. Now everybody’s going to want to know what this is about. The next thing you know there is a My Crazy New Jamaican Life – Part 2.”

The Channel 4 spokesperson said: “This film is not a representation of all Jamaicans but aims to document the personal stories of the contributors, who agree it is a true reflection of their lives.”

UK singer Shola Ama, who also came under fire for narrating the show, defended herself in a Pappzd! interview.

She told the online magazine: “I’m not responsible for the programme. I’m hired to do a job, not rewrite the script.”

He is reported to have said, at the opening of an exposition in Harare, that “in Jamaica, they have freedom to smoke cannabis, the men are always high and universities are full of women. The men want to sing and do not go to colleges, some of them twist their hair”.

This is not the first time a Jamaican-inspired TV show has received complaints. Rastamouse, a series about an animated crime-busting Rastafarian mouse, got the most complaints for a children’s programme in 2011.

When the show aired in August, author and blogger Dear Rob said: “B: another great series showing us black folk in a positive light. Drugs, guns, police and robberies. Fantastic.”

For the original report go to http://jamaica-gleaner.com/gleaner/20131107/ent/ent1.html