Canada’s emerging reggae artist “Mysta” releases his new single “Empress Divine”, a love song dedicated to ladies across the world. Sticking to the roots of reggae, “Empress Divine” has a classic Loversrock feel, with warm lyrics of love and romance.

“Empress Divine” has a roots Rock Reggae vibe to it, I think that this makes it more captivating and is the perfect fit for my ultimate debut… When I perform this song, the ladies really love it! It’s a love story, it depicts a man professing deep love for a woman.”

The Ottawa based artist released his debut single “Just Believe” this past spring, the single was well received among the local community. The single garnered attention from various local media hubs in Ottawa. With “Empress Divine”, Mysta aims at the rest of Canada while teaming up with Reeva Ann Walker Media and Rebel Vibez Entertainment.

Distributed by Zojak Worldwide, “Empress Divine” is now available on all digital outlets. 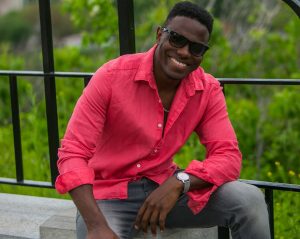 Raised in the hills of St. Catherine, Jamaica, comes an emerging artist with guarantees of a rich reggae sound and nice irie groove, as it paints life’s topical issues through sweet melodies.

Mysta, formally known as Andrae Duhaney, is a Jamaican-born singer and songwriter who spent most of his formative years singing at church and school concerts. His influences range from renowned reggae artistes like Dennis Brown and Bob Marley, whose music provide inspiration for many while addressing societal issues such as oppression and inequality. Mysta’s passion for Caribbean history and literature also comes alive through his music with songs like “Just Believe” and “Warrior.”

“Sometimes you need a rebel mentality because life is like a battle field which can be very cruel to a weak minded. However, life can be so much more rewarding and fun, if you develop the will and drive to succeed.”

After pursuing various management roles in the Tech industry, Mysta began performing at popular venues in Ontario, Canada with the Itation Band.

“After performing with the band at my first couple shows the feedback from the audience was quite resounding. Persons started to encourage me to get more involved in music. I remember performing at a friend’s wedding and a gentleman came up to me saying, “I don’t care what else you are doing in Canada but you have to keep doing music” and as such the catalyst for Mysta Music was born.”