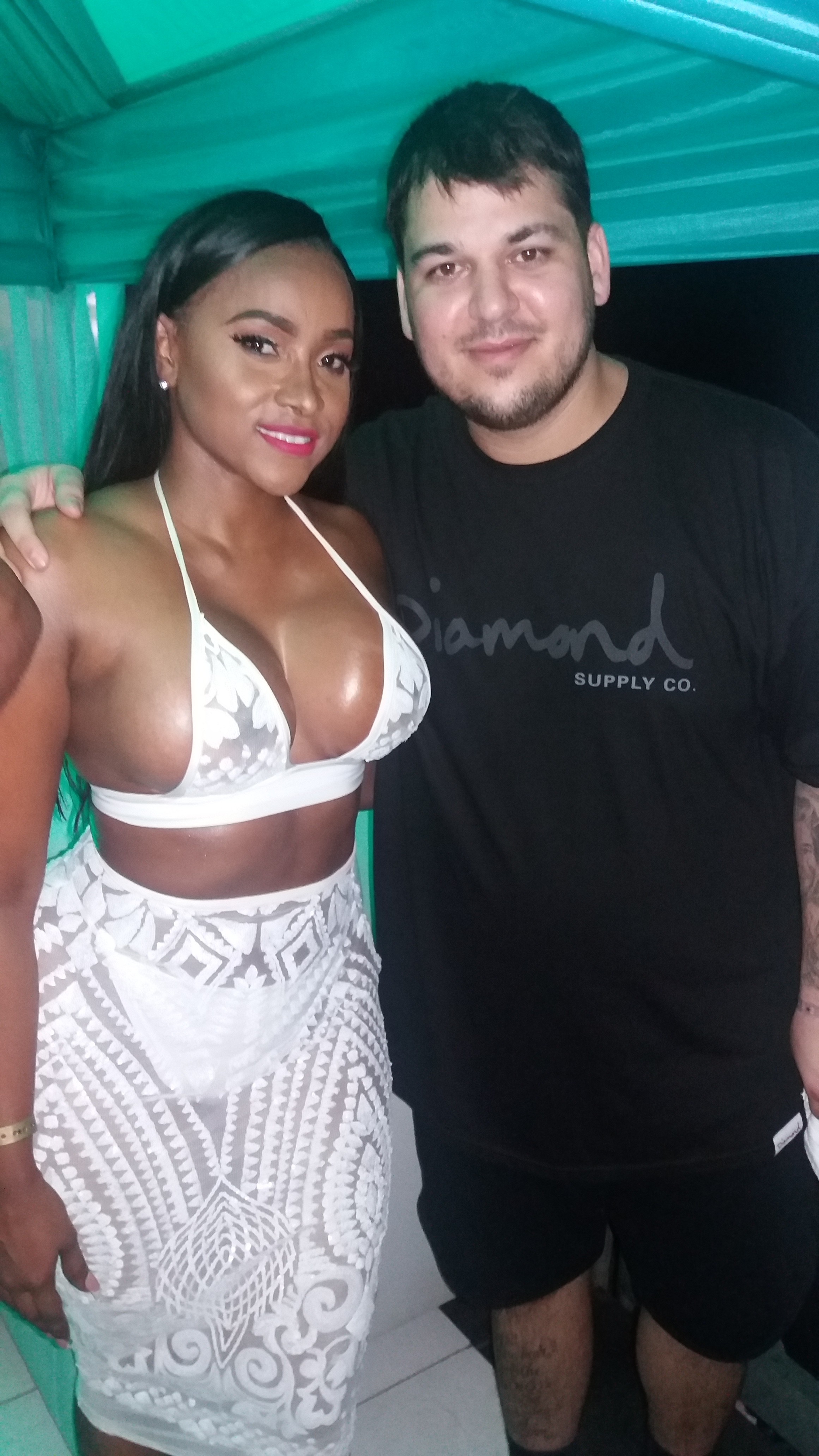 TV Personality and Recording Artiste Yanique Curvy Diva Barrett on Friday afternoon privates her Instagram page after international media outlets caught wind of her relationship with Rob Kardashian. The couple met last year at the Brit Jam event in Montego Bay where The Curvy Diva was hosting alongside Blac Chyna who Rob accompanied to Jamaica.  The two stayed in touch and have gotten closer over the last year but kept their relationship private to not cause trouble between Rob and Chyna.

A source close to the Curvy Diva told the media that Yanique completely supported Rob through all the Chyna drama and knew he wasn’t happy.

“She was always supporting him through all the stress that Chyna caused and gave him advice, he was very unhappy in that relationship and she provided some much needed distraction, now with the world aware of their relationship they can both move on with their lives” The source stated

The Curvy Diva has already been accepted by the Kardashian family who love the Jamaican culture. Kim and Khloe cook Jamaican dishes all the time and Khloe’s boyfriend has Jamaican family connections, Kim also has a Jamaican nanny taking care of her kids for some time now.

The Curvy Diva is very private about her personal life however and is considering making changes to travel plans to avoid additional media attention.

“Plans were in place for Yanique to travel to the US next week to spend more time with Rob but she is considering changing these plans because of all the attention that is now on them. She wants persons to pay attention to her growing musical career and not her private life“ the source added