No bloodshed, no dispute: Belgium, Netherlands to exchange land because it ‘makes sense’ 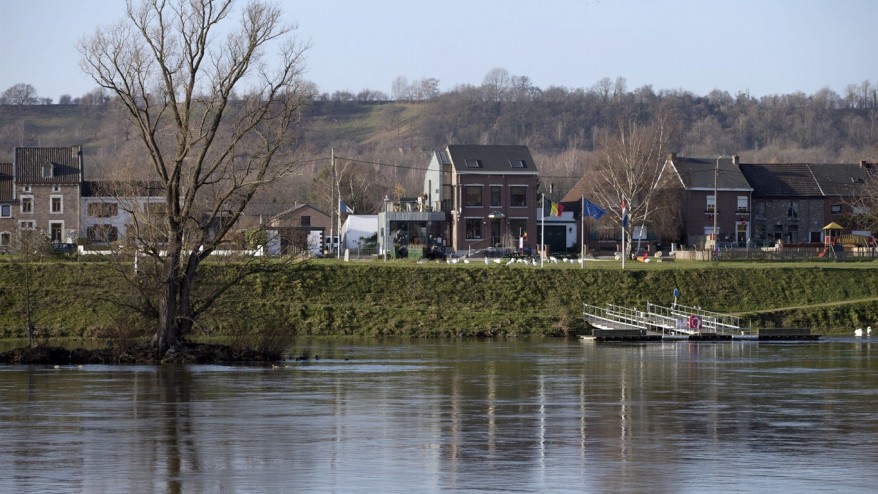 VISE, Belgium _ Throughout history, borders have caused unfathomable bloodshed, ageless feuds and decades-old legal disputes, which makes plans for a friendly exchange of land between the Netherlands and Belgium all the more remarkable.

The reason for such magnanimity? “Because it makes sense to do so,” says Marcel Neven, the mayor of Vise, Belgium.

Well, that and perhaps a little help from a headless body.

While Belgium will be losing a splendid piece of nature that juts into the Meuse River dividing the two nations, it will also unburden itself of a jurisdictional nightmare that developed over time as the river meandered to turn the portion of land belonging to Belgium _ about 15 soccer fields worth _ into a peninsula linked only to the Netherlands.

Over time, the area was rumoured to be increasingly lawless, a haven for drug dealers and illicit sexual escapades. Then, some three years ago, passersby stumbled onto a headless body. “They alerted Dutch authorities, who told them it was Belgian territory,” said Jean-Francois Duchesne, police Commissaire of the Lower Meuse region.

In short, the Dutch could not go there because it was Belgian territory, and Belgian police and judicial authorities found it extremely tough to get there. They are not allowed to cross into the Netherlands without special permission and the peninsula had no proper landing zone for boats or equipment coming in by water.

“So we had to go there by boat with all that was needed _ the prosecutor, the legal doctor, the judicial lab _ we had to do round trips over the water. It really was not very practical,” Duchesne said.

And beyond that, Neven remembered: “You had to jump from the boat onto the shore. You needed to be in shape for this.”

But soon there will be no more wading in water, and a peaceful swap should be reality.

“We should have done it a long time ago,” Neven said.

Preparatory work has been done and the two nations’ parliaments should be able to complete a deal sometime in 2016, Neven said, almost two centuries after the 1843 border posts were set. And all with a smile on everyone’s face, even though Belgium will get only a tiny part around a lock that has been built to promote traffic between the two nations.

“In essence, it is very rare but it can happen,” said barrister Malcolm Shaw, an expert on international border disputes. He highlighted how complicated history has woven the borders in the area close to where Belgium, the Netherlands and Germany touch, leaving enclaves and strangely twisted borders.

Border swaps can happen but mostly after bitter quarrels.

On the Indian-Bangladeshi border this summer, a dispute that raged since India’s independence from British colonialists in 1947 was settled when the countries swapped more than 150 pockets of land.

Earlier this month, it took the United Nations’ highest court to settle a dispute between two Central American nations. The court ruled that Nicaragua violated Costa Rica’s territorial integrity in a longstanding fight over a small chunk of land near the shores of the Caribbean Sea.

“It is possible between Belgium and the Netherlands because these countries have a lot of ties for centuries and after the second World War territory was no longer that important,” De Vos said.