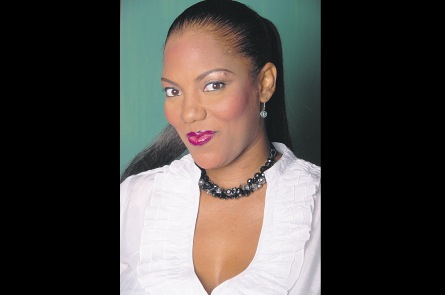 FRESH from her inspirational drama, God’s Way II, playwright Dahlia Harris is ready to premiere her new play, To The Finish Line, on Boxing Day. It opens at the Pantry Playhouse in New Kingston.

To The Finish Line is based on the messy drug situations some of Jamaica’s top athletes were involved this year. Three of them (sprinters Veronica Campbell-Brown, Asafa Powell and Sherone Simpson) tested positive for banned substances, while in November the government-appointed Jamaica Anti-Doping Commission resigned en bloc.

However, when the small-town girl is pressured by her ambitious father and mentor to perform, there is temptation to enhance her natural ability.

“The choice to stay clean isn’t only about what happens on the track but is often driven by more personal demands,” said Harris, who will also direct To The Finish Line.

She says the play addresses drugs in sport in a way never seen before.

“It exposes a personal side of the sport rarely seen and often under-appreciated. Victoria faces many challenges but the way she navigates them to an inspiring outcome will underscore the idea that being a winner simply means being the best that you can be,” she said.

Having worked as a producer at the Jamaica Broadcasting Corporation and RJR Communications Group, Harris covered several major events and interviewed a number of local and international stars.

She has also done well in theatre, winning an Actor Boy Award for her plays God’s Way and God’s Way II in 2011 and 2012, respectively. She collected the award for Best Supporting Role in 2005, and two years later, she won the Best Actress in a Lead Role.

Harris was appointed principal director of Culture in the Ministry of Youth and Culture in November.

To The Finish Line’s cast includes Nadean Rawlins who has appeared in Annie Palmer, Against His Will and God’s Way I and II; Christopher McFarlane, whose credits include Judgment, Jamaica 2 Rahtid and Ghett A’ Life; Jerry Benzwick and Julene Robinson.

For the original report go to http://www.jamaicaobserver.com/entertainment/No-doping-around_15641118