Perspective: IS INDECOM A PAPER TIGER? 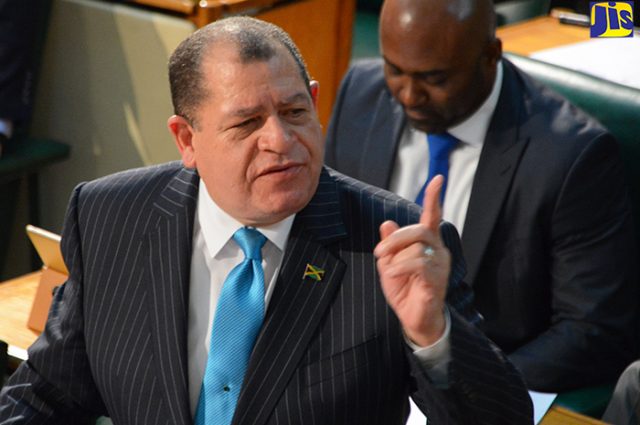 Photo: Finance and the Public Service Minister, Hon. Audley Shaw, closes the 2017/18 Budget Debate in the House of Representatives on Wednesday (March 22).

In 2015 parliament met to amend section 20 of the INDECOM Act which would give the Police watchdog body the powers of arrest and prosecution.  The recent Appeal Court ruling on the watchdog body has caused much confusion. INDECOM is now seen as a paper tiger.

Paula Llewellyn is confused when she wants to see an over sight body to supervise INDECOM.  Who supervises her?

The Parliament has dragged its feet …
They are deservedly feeling heat
You should act in good faith …
If you wish… be seen as first rate
Or as servants … just half bake ..
…. …

Will Parliament allow INDECOM to become just a paper tiger? The Police continue to trample on citizens rights. Shameful indeed!

A radio expose’ by a serving police member that he and others killed innocent civilians on operations and later planted guns on these weapon-less dead victims.

This expose’ is expertly narrated, produced, with sound effects by Marjorie Gordon, a well educated, female veteran journalist. Good for you, Madam of Nationwide News Network.