No Report of Deaths of Jamaicans in The Bahamas

Fall Out In The PNP Since Leadership Race

“Remove yourself from the PNP …” Tsahai Phillips. 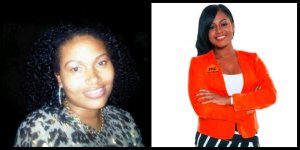 Tsahai Phillips has further said inter alia: “You are on the wrong side of the fence. You should remove yourself from the PNP. I want to congratulate my father on his return as President of the PNP.”

In a bizarre turn of events a little known public figure has come out swinging as she allegedly attacks a well known Councillor Kari Douglas for the Trafalgar Division in the People’s National Party (PNP).

Reports are that Tsahai Phillips daughter of returned President of the People’s National Party (PNP) who successfully defeated MP Peter Bunting by 76 votes to stay as Opposition Leader on September 7, 2019. Tsahai Phillips is the daughter of Dr. Peter Phillips has blasted Councillor Kari Douglas for supporting Peter Bunting in the leadership race against her father. It is alleged that she said Kari Douglas should leave the PNP as she is a “traitor” my word. This word traitor is how Tazhai’s remarks are being interpreted … not her word. 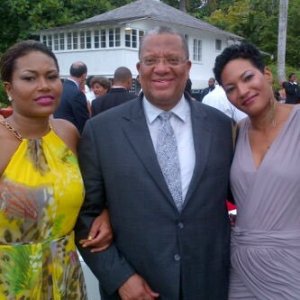 MP Colliin Fagan a Bunting supporter had his Constituency office defaced with slogans asking him to resign. Efforts to get a response from party leader Dr. Peter Phillips or General Secretary MP Julian Robinson in whose Constituency Kari Douglas is a Councillor have not been successful. We will try harder to get a response.

Who is Kari Douglas Councillor for the Trafalgar Division?

It is distasteful, demeaning, despicable and disgusting for Ms. Tashai Phillips to allegedly attack Councillor Kari Douglas who has a right to decide who she wishes to support in the PNP leadership race of Dr. Phillips her father and Peter Bunting his challenger.

Shame on you Ms. Tsahai Phillips… your alleged attack on Councillor Kari Douglas is actually an attack on democracy. We condemn your alleged conduct and hope on reflection you will be gracious enough to retract same and unreservedly apologize to all. We await a response from Dr. Peter Phillips condemning this alleged attack. This does not build confidence and unity in the PNP after a bruising leadership race.

Hopeton O’Connor-Dennie is a veteran journalist who is also Senior International Correspondent for Vision Newspaper Canada.