Perspective: The Other Side Of Robert Mugabe 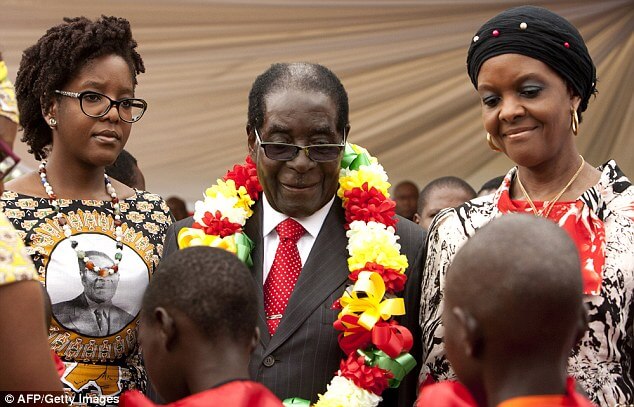 Late President Robert Mugabe was not the monster many in the western media has made him out to be. They cannot be seen as honest brokers. Most of those who control the big media entities like CNN, BBC, Reuters, Murdochs, Rogers et al, are controlled by the moneyed class. Most of their wealth more than otherwise came from the backs of black people who were exploited. I was reading where someone referred to Rhodes from whom Rhodesia got its name as “an outstanding and clever individual”. This is not so. He was a thug.

This white man being hailed settled in a section of Africa now Zimbabwe and later named the place Rhodesia. We now know that a racist minority regime was born. They held power until Robert Mugabe et al fought a Liberation War to dislodge this white supremacist regime. We do not hail such people who have had selfish motives and are of questionable morals as ” honourable”.

He was a plunderer who stole the land and other resources from black people and settled his white supremacists confederates. Britain acted with complicity while this disgraceful rape was happening. He even established a scholarship fund to likely give respectability to his nefarious activities. The western white controlled press painted him as some “honourable man” and benefactor. A statue is likely built in his honour.

From all indications Mugabe was endeared by his children and only grandson. He was a role model as a family man. In an interview aired on YouTube his daughter whom Robert had with his wife Grace Mugabe his second wife … had high praises for her father. Bona his only daughter named after his mother, spoke lovingly of her father who she said “always took time to listen” to her. Although busy she felt he always had time for her and they enjoyed a close relationship. His son who was about 12 years old also had good things to say about his father. Robert his father, as his son said of his father that he was concerned that “I spent too much time playing electronic games.”

It was a wide ranging interview done at their dinner table with wife Grace and children all being interviewed one by one.
Robert spoke of his desire to live to see his daughter Bona get married and have her own family. He died before this occurred. She eventually did marry and had a child.

We have to be careful whom we honour. To honour the dishonourable is a travesty and should not be allowed to stand. Any symbol used to stand them out should be removed. Errors should be corrected as history is not always a true reflection on past events. It depends on whose lens the event is viewed through. Let the truth be disclosed and those to be rightly honoured take their rightful place. He who controls the press writes what suits them. This is unfortunate but it is true. This is our perspective. What is yours?