Police Shoot Unarmed Black Man in Back While Fleeing 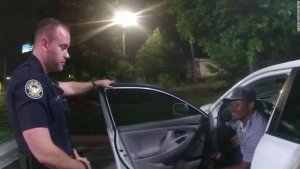 There was violence in the streets of Atlanta, Georgia this weekend as outrage grew over the latest killing of an unarmed black man by another white police officer.   The Victim, a 27 year old black man named Rayshard Brooks.

The mayor of Atlanta, Georgia has fired a police Officer who shot and killed an unarmed black man allegedly from behind (in the back) following a police foot chase. The suspect based on video footage was running away and could not reasonably be considered a threat to the officer(s).

Reports are a suspect was shot and killed at a Wendy’s drive through where he was found sleeping in his car Friday night June 12, 2020 at about 11 PM local time. 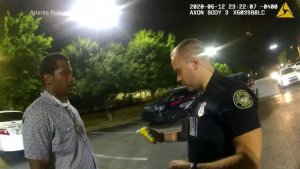 The mayor of Atlanta has accepted the resignation of the Police Chief.

On Saturday June 13, 2020 the Wendy’s branch, ground zero was seen engulfed in flames as demonstrators numbering about 200 attempt to block the interstate. It was a peaceful demonstration as police is seen on standby with body length shields as fire crews were unable to attack the billowing flames at Wendy’s just blocks away. A Texaco gas station opposite about 50 metres away is being watched as an explosion there could be a disaster.