Political Peak “Everyone has different roads” 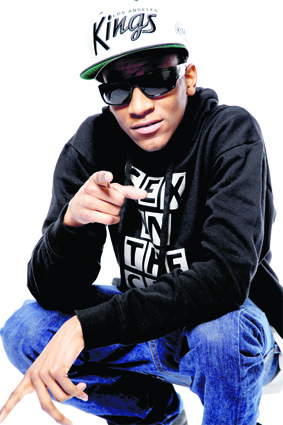 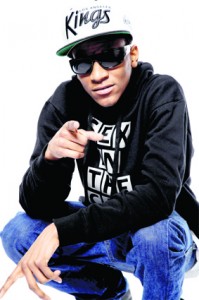 Despite any official album releases Political Peak already boasts a string of YouTube hits that go into the millions. Hailing from South London, Brixton – Maytts Field, the Rapper is a keen observer of his environment. When talking to him you wonder if he has matured before his time or if life has already confronted him with all the ups and downs, making him have no illusions about his fate.

“I don’t have an easy life but without that experience I wouldn’t be so hungry, so energetic to put out music. If I came from a rich background I would probably be more relaxed and go to university; everyone has got a different road.”

What are you and your songs all about?
I do real life music about the struggles I go through and I just want to make girls happy, even in my family there are more girls.
I know music can influence people, for me it’s important that people relate to my music but you have to put the work in. Music is something most people are gifted with. That’s what I think anyway. Everyone has lyrics, you can find people all over the world who are better rappers than me but never branched out, so one major aspect is to believe.
A lot of people in my area rap, it’s just those who take it more seriously get somewhere. The majority of people in my area are progressing, like Sneakbo, ARD ADZ & Sho Shallow, DVS and Jaja Soze.

Why ‘Political’, is there something in your character?
Probably that is what they see in me. I’m a chosen one.

Tell us about the production side of things
I have two main producers that I work with most of the time. I also like to take on different challenges, as even a tiny step ahead is a new opportunity. Generally I like to work with people who are just coming up and have had the same struggle, or hunger, as I like to see it. I like to see people coming from nothing and work towards success.

The song you are currently promoting is Sex in the Car…
People go into clubs and when they come out, that is just their intention – it’s just life.

What are your next steps?
I’m putting out two singles this summer, get them plugged on the radio and I’m looking to do a lot of shows.

Who are your influences?
The older lot in my area influenced me to do music, they got me interested.

What has changed since 2010, since you released more videos and stepped up your work rate?
It’s gotten way bigger than in 2009. Nowadays I have fans who know who I am. I have reached out to a lot of areas in the UK, like Bristol, Leicester, Manchester, Birmingham and Cardiff.
Music was a fun thing to do until I realised that there is fan base is out there. When I did my first proper live show last year with Sneakbo I was surprised that people knew our music as I just came to perform.

What would you tell people who get sidetracked?
Stay focused, take the chance to do something successful, as you only live once. No matter what career, everyone has got a talent.

Big up time!
Shout out to everyone who is doing music and working towards success. Shout to Sneakbo, shout to ARD ADZ & Shallow, Shamar Ratty and Str88 Cash.