US could beat Canada in featuring historic Canadian resident on new $20 bill. Canada should do it first 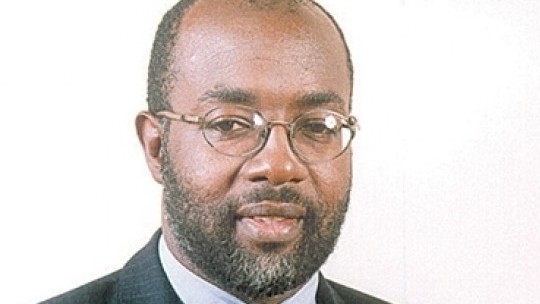 As the crisis in the PNP deepens, comrades publicly mud sling each other and their leaders …
The latest target is Portia Simpson Miller.

Lose lips is a common feature of this deepening crisis.

Apart from Vision, other local media have virtually been treating the PNP’s fallout as if Ebola. They prefer to put the PNP public fall out in an “isolation tent.” We do not hold the view that their messy fallout will “contaminate us” … we will not fall in bed with them … we were never cohabiting … so we will continue to maintain a professional distance. We believe in sound leadership … hence we are not going to ignore this issue. The PNP is part of the Jamaican government.

The defeated PNP candidate and former sitting MP for the PNP in West Rural St. Andrew constituency accepted that he along with the rest of his PNP colleague candidates were beset with “arrogance.” This very frank admission was most refreshing, to say the least.

“Dr. Phillips, it could be argued was wrapped up in arrogance due to the seat cushion. We had done so much … the marginal seats was the key. There were mistakes aplenty. Dr. Phillips failed on his leg. We made mistakes by not treating the PM as primus inter pares. We had some 140 solid pieces of solid achievements.” Buchanan was speaking in a radio interview monitored by Vision … Jamaica W.I. ” Phillips must take the main blame as he was the campaign director. The focus should have been leader centred … Portia should have been allowed to have been seen speaking more on the issues.”

Buchanan recounted that the late Housing Minister Anthony Spaulding had conceptualized the idea that eventually led to the establishment of the National Housing Trust (NHT), but it was Michael Manley who took the idea and announced it … the rest as they say is history.

“I wrote to PNP about the image of the party …

Peter overshadowed the PNP …
Dr. Peter Phillips was campaign director and uneasy is the head who wears the crown … he must take responsibility more than anyone else.”

It is a fact that Jamaica is part of the Westminster Democratic system, which operates on a leader centric model. People tend to focus on the leader … the leader rules supreme. So to not bring the leader in the communications loop is like committing a cardinal sin. This is what Buchanan is alluding to. she is primus inter pares (chief among equals).

“The PNP’s manifesto was capitalist while the JLP’s was democratic socialist … this was an astute move on the part of Holness. It was a Michael Manley move of ‘no user fee’ policy.”‘

The PM should have been put at the helm. Did the PM agree with your position? The announcer asked. “Perhaps we may never know what happens in those meetings. Her response to others would tell the true story.”
Buchanan declared.

Claude Robinson, a respected media practitioner said: The JLP ran a superior campaign … as the PNP was arrogant and over confident …”. The PNP was likely to have been intoxicated with over confidence as they have been in power 22 out of 26 years in Jamaica. They had grown to believe they had a right to be in power as their common slogan is “Jamaica is PNP country.”

The PNP were likely solidly “constipated” with arrogance … of elephant proportions, as a result of this type of “stinking thinking that Jamaica is PNP country.” Why not?

The fact is they held 42 seats, the JLP held 31 out of a 63 seat parliament … they felt their performance with having passed 11 IMF tests, for example, was good enough to see them over the winning line, especially as predictions were for a close race.

In this my perspective, based on the facts, it is difficult not to conclude that arrogance as Buchanan admitted was the main reason for the PNP’s loss at the polls to the JLP.

PNP chairman for 24 years Robert Pickersgill is not amused with what he described as “lose lips.” He was speaking exclusively to Vision SIC. He was coy about his departure plans. MP Fitz Jackson has publicly declared his intention to replace Pickersgill, often described as “chairman for life” … to be the new chairman of the PNP, as top Leaders in the PNP are being cleaned out.

Will arrogance thwart this renewal process?