Jamaica Moves 74 Places up on the Global Energy Index 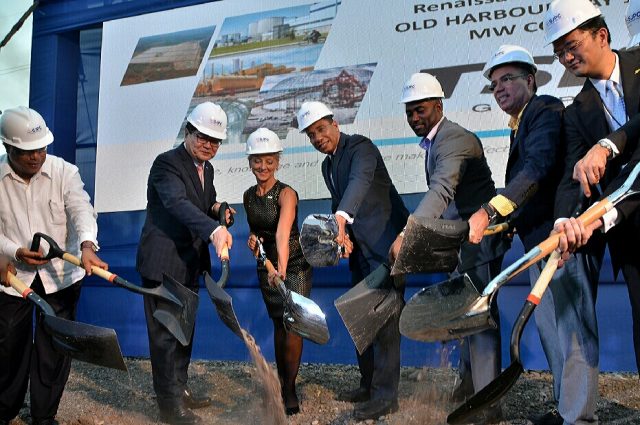 Prime Minister, the Most Hon. Andrew Holness, has lauded local investors and other stakeholders for supporting the US$330 million Renaissance Project which entails the construction of a 190 megawatt (mw) power plant at Old Harbour Bay in St. Catherine.

Financing of approximately US$210 million was secured through a consortium of local banks.

Additionally, JPS’ major shareholders, East-West Power Company of South Korea, and Marubeni Corporation, based in Japan, committed equity in excess of US$45 million each.

Mr Holness noted that it “speaks volumes” that a project of this magnitude, to build the largest power plant in Jamaica which will employ approximately 700 persons, was largely funded locally.

“It’s not just that the project is good…and will generate the economic returns to justify the investment, but it says that there is general confidence in the economy that investors are now willing to take risks,” he said.

He was speaking at the official groundbreaking ceremony on April 7, for the facility’s construction at the site of the old JPS power plant.

Mr. Holness said he was pleased “to see that the dream of diversifying our energy mix here in Jamaica is coming into reality”, adding that the extent of local stakeholder support for the project was “indeed a milestone achievement for the Jamaican economy.”

President and Chief Executive Officer of JPS, Kelly Tomblin, asserted that “Jamaica is just getting started”, as work continues to achieve fuel diversification for the country’s energy sector.

“Around the globe, people are taking notice (of) what’s going on in energy in Jamaica and they know we are doing power differently,” she said.

Construction of the environmentally-friendly facility, which will use technology that facilitates renewable integration, will help to reduce the nation’s dependence on oil, and provide cleaner energy for the country.

South Jamaica Power Company (SJPC), a subsidiary of JPS, has partnered with Spanish contracting firm, TSK, which will provide engineering, procurement and construction management services on the project.

Additionally, United States entity, General Electric (GE), will manufacture equipment for the plant, and will supply a power block capable of burning natural gas as the primary fuel, and diesel oil as a contingency.

Initiated in June 2010, the Renaissance Project is slated for completion in June 2019.