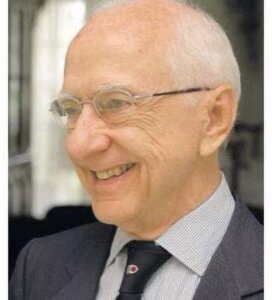 “What a tremendous loss we must now live with as we learn of the passing of Protocol Expert and passionate Jamaican nationalist, Colonel Merrick Needham.

Colonel Needham was exceptionally knowledgeable, providing expert leadership and direction at innumerable national events over decades. His deft application of knowledge, including to the Jamaica Defence Force, earned him a historic honorary commission.

His expertise, guidance and council will be severely missed. I benefited personally from his advice which he gave freely, honestly, objectively and sincerely. His commitment to Jamaica was particularly evident as he demonstrated it in all areas of his life and vocation.

Colonel Needham sat on many committees and contributed extraordinarily to Jamaica through his knowledge. He was honoured with the Order of Distinction (Commander Class), the Royal Victorian Order, and the Order of St John.

He made history when he became the first civilian to receive the rank of Colonel (Hon) in the JDF. We have lost an extensive human library of resources and a man who was truly good, through and through.

May his family find peace and comfort during this difficult time, and even as they grieve this monumental personal loss, remember with satisfaction the quality of life he lived, and the difference he made for so many.” said the Prime Minister.