The unique visionary event orchestrated by Laurell Nurse of Nyte Nurse Production, has returned for its 2022 staging this month at the Courtleigh Auditorium in Kingston. The Queens Of Reggae Island Honorary Ceremonies, QORIHC, will this year honor 14 noteworthy women who have given service to the entertainment community in their own way, and deserve recognition in their own right. 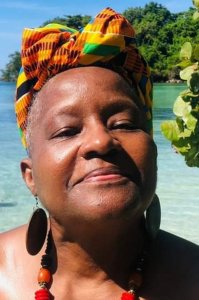 “This event is for these queens to have their night, their moment to shine in a fabulously flamboyant way fitting ladies referred to as Queens. They have contributed strongly and abundantly to the industry; those celebrated as well as those in the background.  I do this without hesitation even if it’s out of pocket for me because I have to show as a production that’s honoring persons, that you never give up , that you have to be determined and steadfast  to achieve success. We welcome sponsorship towards this gesture for our ladies. Leaders lead just as Queens Reign,” Laurell Nurse explained

After six yearly staging’s since 2016, QORIHC has slowly built its reputation of bringing unity among women of influence and impact in entertainment, even those considered to be behind the scenes talent in the industry. For 2022 the event will also be making special highlight of Breast Cancer awareness by adding a hint of pink to all promotional material as well as honoring a breast cancer survivor and spokesperson Lorna Wainwright.

A central figure of the Rastafarian movement in Jamaica for upwards of 40 years, Wainwright has worked closely alongside Rita Marley and ran operations at the Bell Road, Kingston-based Tuff Gong recording studio and record-distribution company for most of her professional life.

Wainwright, who maintained a holistic lifestyle and thought she would be last in line to contract the deadly disease, saw herself face Cancer and chemotherapy in 2021 and survive.

“It’s fitting to use our platform to help bring awareness to something that hits so close to home for women in general and a few of our past honorees specifically. Lorna Wainwright was always a firm supporter of QORIHC since its inception and was always on our list to be honored, we are pleased to have her be among the list of soon to be announced honorees this year for QORIHC 2022,” Laurell added

The honorary ceremony will be held on Sunday October 23, 2022 at the home of QORIHC, Courtleigh Auditorium in collaboration with Paradise Catering, Delta Shield, The Ministry of Gender Entertainment And Sport, Realizm Studios and Design Diva, it is also under the patronage of June Isaacs, Executer to the Gregory Isaacs Estate.

QORIHC will be hosted by ZJ Rush, Melissa Rickards and Dufton Shepherd, with performances from some of this year’s honorees and singers Lavaido and D Major will also add to the night’s festivities. Persons can purchase tickets online at touchstonelink.com/qorihc or eventbrite.com/qorihc.