Randy Valentine – “I have to take on Jamaica” 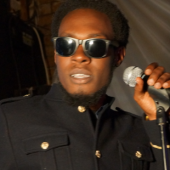 With a seemingly insatiable demand for reggae and dancehall music and culture, a roster of its artists, groups and icons have always had a huge impact on the international market. Just ask Randy Valentine!

Based right here in London, England, he has been the talk of this town for a while now and his career continues to go from strength to strength. Having released a hit mixtape ‘Bring Back The Love’ last year, he returned with EP ‘Break The Chain’ last month. Within hours, this topped I-Tunes charts in various countries including Switzerland, Sweden, Czech and Germany, hitting number three in UK and four in Canada.

Just two days after learning of this fantastic news, Randy took to the stage of an Inner city London venue for the EP’s launch event which was attended by friends and supporters, some of which included music industry giants, “The launch was full of great vibes and I’m so thankful for all of the support and strength. Since then, I’ve just been in the studio, working and working and enjoying working”.

From this EP launch’s success to being play-listed on platforms such as BBC 1XTra, the UK’s much anticipated awakening to this young artist’s infectious sound is apparent. This is a long time coming; due to the notoriously tough market, it is often rather challenging for up and coming artists to ‘buss’:

“Like the rest of the world, the UK market is always longing for something different, new and fresh. I believe that I have that and, after a long process, I believe people here are coming to realize that too.”. On the other hand, RV has had a high profile in Europe for the last five years and he cites a difference between the two places, “Europe is definitely appreciative of reggae, on the whole”.

Still, perhaps the greatest test in his career is yet to come – conquering Jamaica, where Randy was born and raised. Despite still having very strong links to the tropical isle, surprisingly he has not been back since moving to England over 11 years ago!

Often described as the ultimate running ground for reggae and dancehall talent who aim for global success, the question on a lot of people’s lips is when the RV-lution will be hitting the West Indies! …the answer is ‘soon’ as RV laughs and said the following, “of course I have to take on Jamaica – that’s home. They say that nothing happens before it’s time and I believe that with all of the great things that we’ve accomplished so far…the time is definitely nearing. I’ve been preparing!”

There are imminent plans to launch his latest single ‘Certified’ in Jamaica in the near future, which will be accompanied by a radio tour. In the meantime this star has his hands full with his ‘Sound The Alarm’ Tour which is hitting Europe and London over this summer. Fans can look forward to watching him perform favourites such as ‘Poor Man’s Loving’, ‘Treat Her Right’ as well as some new tracks like ‘Lock Me Up’ and ‘Gold-digger’.