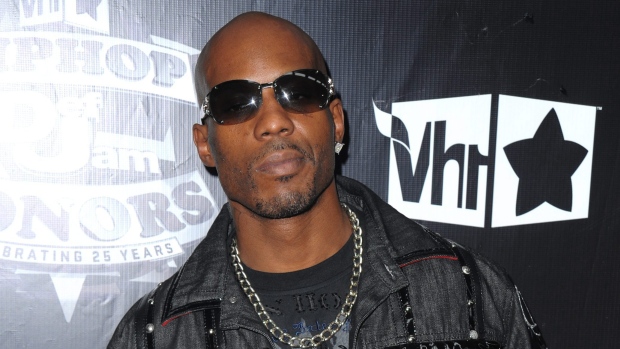 COLUMBIA, S.C. — The rapper known as DMX has been arrested again in South Carolina and charged with possession of marijuana, police said Wednesday.

The 42-year-old entertainer, whose real name is Earl Simmons, was a passenger in a truck that was stopped late Tuesday for an illegal U-turn, according to police in the City of Greer.

Officers arrested Simmons after realizing that he had an outstanding warrant for driving under suspension, authorities said. Police also found marijuana in the truck, and Simmons and the driver, 39-year-old Anitra Shalawn Rhodes of Greenville, were charged with simple possession.

Lt. Jimmy Holcombe said Wednesday that Simmons had been released from jail. Court records listed no attorney for Simmons, and there was no answer at a phone number listed for him.

Domenick Nati, a spokesman for the rapper, said in a statement emailed to The Associated Press that Simmons had been travelling with his assistants and had no drugs on him when police searched the truck.

Nati said Simmons was released Wednesday morning and was back at his home in South Carolina.

This is Simmons’ second arrest in as many months. In July, he was arrested by Greenville County authorities on the driving under suspension charge, as well as driving under the influence. Last year, he was charged in Spartanburg County with suspicion of driving without a license.

In 2011, Simmons was arrested in a Phoenix suburb after a trooper clocked him driving at 102 mph. At the time, Simmons had been recently released from prison on probation revocation for failing to submit to drug testing and driving without a license.

The rapper’s string of hits starting in the late 1990s included “Party Up (Up in Here)” and “Get at Me Dog.”

For the original report go to http://www.ctvnews.ca/entertainment/rapper-dmx-charged-with-possession-of-marijuana-1.1421421