International Reggae artist Ras Slick is set to sizzle this summer as he officially gets into his “Zone” with a stellar new video and tour of the same name! The new visual, which has been released across multiple platforms, including Ras Slick’s You Tube channel, has already garnered a buzz since the single (Just Be Riddim, Good Look Records) and video snippets stormed social media this spring.

Filmed on location in Westmoreland, Jamaica, the super chill “Zone” oozes homegrown Jamaican flavor, while ingenuously highlighting the sacred things and spaces in Ras Slick’s “Zone,” including music, live stage performances and marijuana induced meditation. Once again, super Film Director Aly Asili brilliantly brings a Ras Slick song to life, scoring with “Zone.”
“Aly Asili has a genuine gift and vision,” says Ras Slick. “We have been working together for so long that I can just give him a song and he immediately comes up with an amazing treatment, one which gives every one of my project’s proper justice.”
Revered as an international Reggae entertainer, Ras Slick is without question a master of his craft. And what makes the singer’s appearance on “Zone” extra worthy of applause is his ability to put out a “banger” in another music genre, neatly nestled between R&B and Hip Hop. Truly showcasing his diverse talent, Ras Slick doesn’t hesitate to inject his Reggae swagger on “Zone.” 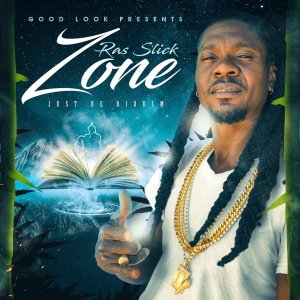 When sharing his thoughts on “Zone,” the crooner says, “I wanted to appeal to mass audiences with a song that everyone can relate to!” With a broad smile, he sings, “When I’m in my Zone, leave me the fxxx alone….you catch that?”
“Plus, I wanted to show that it’s ok for me to step outside my comfort ‘Zone’…my music and talent have no limits,” Ras Slick says passionately.
In addition to the smokin’ hot new visual, Ras Slick proudly kicks off his “Zone Tour” in July, which already has 8 confirmed dates and counting. From wine festivals to popular cultural and music fests, the singer plans to leave no stone unturned during the first leg of his “Zone Tour.” For interested promoters, DATES are still AVAILABLE!
Zone Video (clean/explicit):
https://youtu.be/bNdzcxHP1Q8
https://youtu.be/5SIV840G5Qc
Zone Single (Stream/Buy):
https://music.apple.com/us/album/zone/1455654721?i=1455654737