Konshens – How We Living

RDX on a new mission 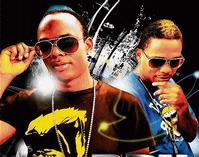 After carving out a niche for themselves as dancehall music’s premier party artiste, churning out hit after hit that have cemented them at the top of the game, RDX has embarked on a distinct mission to widen not only their unique sound but the entire landscape of dancehall.

With the recent release of For You, produced by ZJ Rush from Code Red sound system and New York-based producer Kisko Hype, the talented duo steps away from the high tempo, club banger music they are internationally known for and venture into a more refined, soulful sound.

For You remains true to the RDX formula of Delomar’s sultry vocals bellowing catchy melodies accompanied by the raspy voice Renigade spitting the familiar edgy lyrics, all this on a hardcore dancehall beat.

For You is a true demonstration of the versatility of the duo’s talents.

“This is our evolution. The RDX way has always been to continue to improve in every aspect of our art and this song shows a different mood of our talents. For You is that kind of song that can be played any time of day on any station, it’s the perfect song in my view”.

A collaborated marketing plan is now in place to get For You, the single, to the ears and hearts of music lovers across the globe starting with a promo-download campaign.

Co-producer ZJ Rush added, “For You is a song that comes along very, very rarely, one that crosses almost all demographics, yet remains true to authentic dancehall … . I believe it is limitless”.

The Code91-produced single will soon be available for sale on iTunes. An official music video will also be forthcoming.

RDX has by no means deserted their core audience, however, they continue to produce bangers with producers Major Lazer, Seanizzle, Black Spyda and Blaqk Sheep.

The duo is also promoting their single Hands Of Your Maker produced by DJ Norie of Power 105 New York.

For the original report go to http://jamaica-star.com/thestar/20131010/ent/ent8.html