Reggae Band EarthKry, Back in Jamaica After Successful Survival! 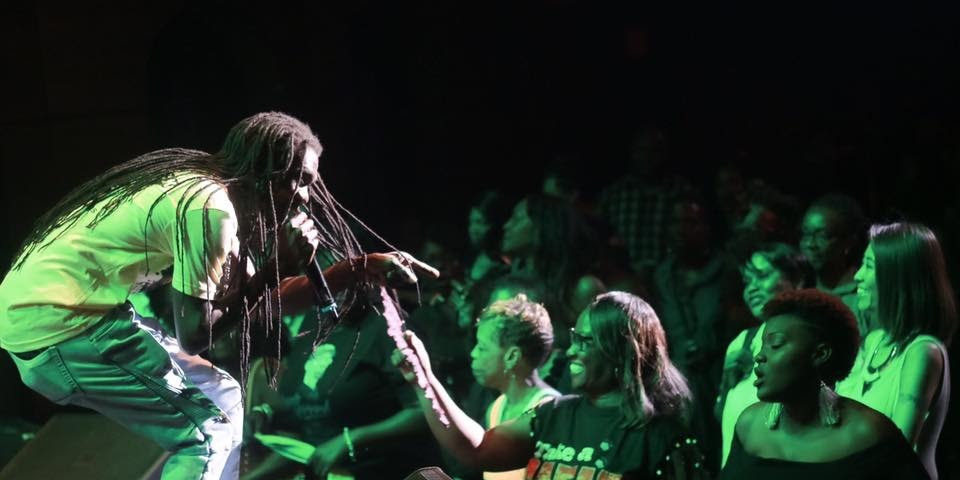 “No Shackles and Chains” singer Ras Slick has been enjoying the fruits of his labor all summer long. Namely, his powerful and timely “No Shackles and Chains” song and music video have catapulted his “it” factor to another level, allowing the burgeoning talent to grace stages he only once dreamed of. The latest milestone for Ras Slick yielded the singer an amazing opportunity to open for renowned singer Beres Hammond for two nights at the historic Howard Theater in Washington, DC.

Still all the rave, Ras Slick’s stint as opening act for Beres Hammond during the D.C. leg of his “Take Time To Love” was phenomenal to say the least. Engaging the sold-out crowd with a perfectly constructed mix of originals and Reggae favs, Ras Slick and Dutty Bus Crew raised the bar for rising Reggae bands. From singing directly to the ladies who love him so or rocking the crowd on the percussion, it’s clearer now than ever before that Ras Slick is the complete entertainment package. Fans and promoters will always get more than their money’s worth.

The Reggae singer’s stellar performance even helped solidify interviews and more notable shows. Ras Slick and Dutty Bus Crew was one of Reggae Jam Fest’s (Washington, DC) leading acts in early August at the pristine Seaferer’s Yacht Club. As if the band’s line up couldn’t get hotter, they will open for Jamaica’s ultimate lyricist Kabaka Pyramid at the famed Hamilton Theater on August 23, take over the Virginia Yoga Fest stage on August 27 and thrill revelers at Carifesta on September 4, Labor Day. Although billed “The Band of the Future,” Ras Slick and Dutty Bus Crew are absolutely shining in the present!

While “No Shackles and Chains” continues to amass support from radio, other media and Reggae music lovers far and wide, Ras Slick’s stock has skyrocketed. Earlier this summer, coveted slots on Linganore’s Caribbean Wine Fest and DC Jerk Fest, plus opening for Jesse Royal, set the impressive tone for what has proven to be an awesome season. Get ready for Ras Slick to light up a stage near you. In the meantime, support “No Shackles and Chains” and keep up with the talent on http://www.rasslickmovement.com and social media.