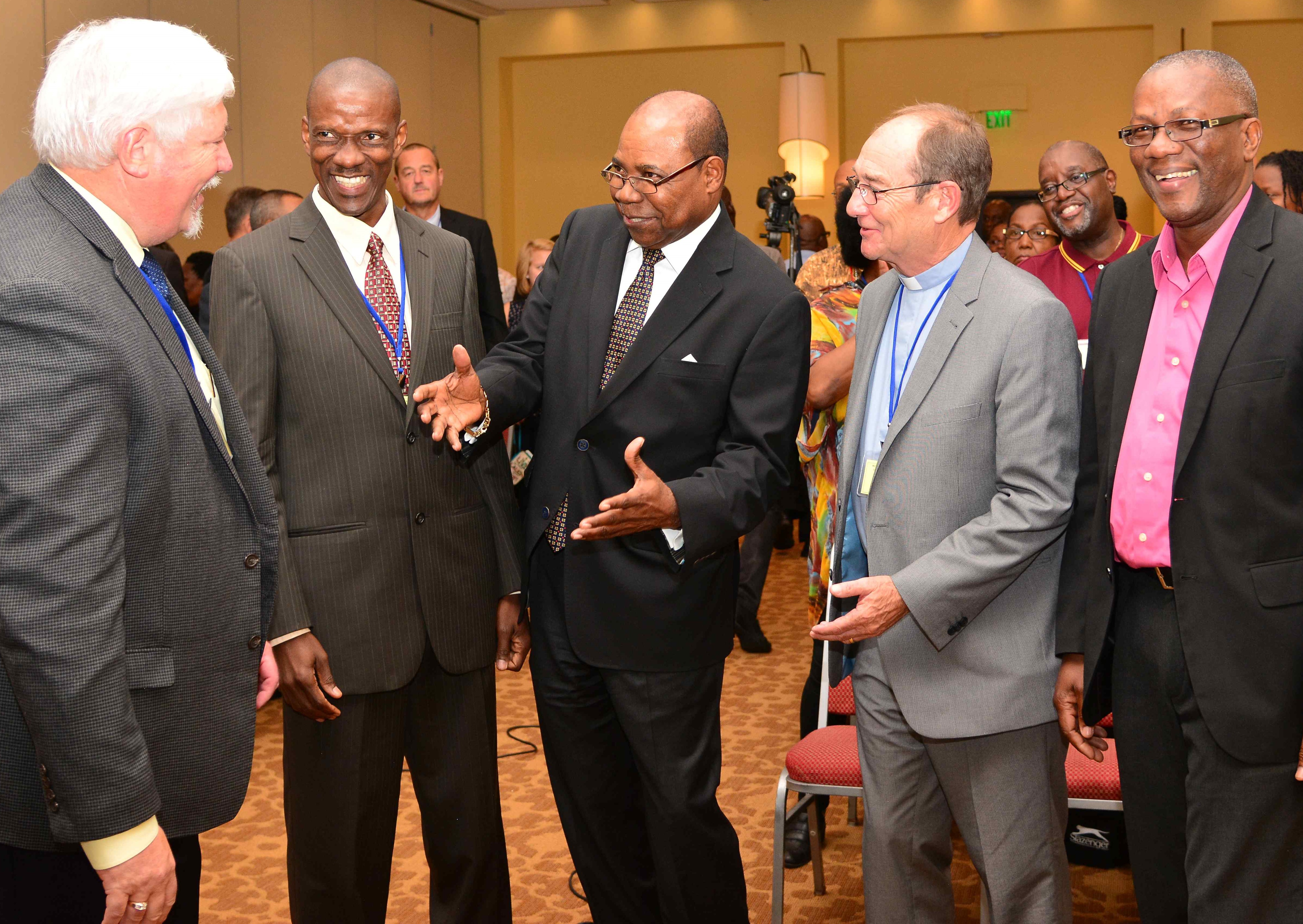 MONTEGO BAY, Jamaica; August 16, 2016: As part of the Ministry of Tourism’s strategy to significantly increase visitor arrivals and develop the tourism sector, a policy is being formulated to deliberately target the faith-based tourism market.

According to Travel-Market Report, a noted publication for travel professionals, faith-based tourism contributes between US$50 billion and US$100 billion annually to the global economy. Minister of Tourism, Hon. Edmund Bartlett told influential church leaders attending the World-wide Synod of the Moravian Church that he was keen on tapping into this market.

Minister Bartlett addressed the Moravians from more than 30 countries at a reception at the Hilton Rose Hall Resort & Spa, Montego Bay recently, ahead of the start of their weeklong synod which is held in a different country every seven years and was last held in Jamaica in 1974.

The framework for the faith-based tourism strategy was developed recently and according to Minister Bartlett, was born not just out of a strong call for more visitors to come to the country, “but because we believe in the mission and we believe that there is great benefit to accrue to our society from the values of Christianity.”

He added, “also, our experience has shown that Jamaica is positioning itself as a truly democratic society where freedom of thought and religion is practiced and where Christians feel freer to speak and to practice their faith more than any other place on earth.”

Minister Bartlett asserted that he was accentuating “a position that is truly honest about Jamaica,” as he pointed out that “we have more churches per square mile in Jamaica than anywhere else in the region.” He also stated, “our collective consciences have been conditioned by The Bible” and that the country’s Constitution and laws have been influenced by God’s principles.

Elaborating on the development of the policy, Mr. Bartlett said it would guide how Jamaica builds the requisite infrastructure needed to enable larger groups of Christians and/or religious visitors to come to the country and determine the framework of experiences that are offered.

“Our churches have over the years been the base of faith-based tourism but the churches have not been structured and organized enough to encourage large visits and pilgrimages; nor large conventions into Jamaica, so the Montego Bay Convention Centre is going to be able to respond to the call for usage for large and medium-sized conventions,” he indicated.

He stressed that the last time Jamaica had a large church group visiting was in 2011 when some 3,000 Christians arrived in Montego Bay on a chartered cruise dubbed Cruise With a Cause and they carried out voluntary social programmes including visitations to schools and hospitals.

The tourism minister declared, “we are excited at the prospects of working with the churches in building out a very important area of tourism and it’s going to have more than the value of just bringing visitors here and providing greater earnings for the economy; it is going to be a confluence of a deeper spiritual and a more moral approach that will influence our lives and help us to be a better people in Jamaica.”

Whether we are devoted Christians or not there is no stopping churches from holding conferences and conventions …church goers spend a bundle to attend these events. A certain church group in the Pentecostal Faith is now or enroute to Kenya from Jamaica.

Trips to Jerusalem are very common.

We endorse Faith based tourism … go for it Minister Bartlett.

Religious Focus is a feature of Vision … it is written by Hopeton O’Connor-Dennie- Senior International Correspondent & photojournalist for Vision Newspaper Canada.