Busy Signal – How Dem A Talk 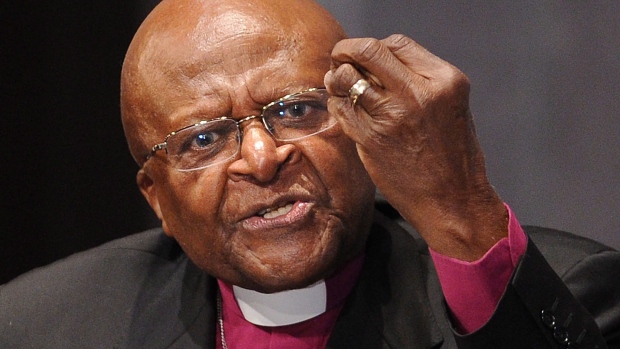 JOHANNESBURG AP) _ A South African foundation says Desmond Tutu will have to spend two more weeks in a hospital, after being hospitalized for the third time in nearly two months.

The foundation, which is named after Tutu and his wife Leah, said on Thursday the former anti-apartheid activist and archbishop is on a new course of intensive antibiotic treatment.

His daughter, Mpho Tutu, said earlier this week that her father was admitted to hospital for an inflammation on Monday, when doctors anticipated that he would be home after only a few days.

Tutu, 83, was hospitalized twice in July for a persistent infection.

The Nobel Peace Prize laureate has been treated for prostate cancer for many years, which Mpho Tutu said is under control.