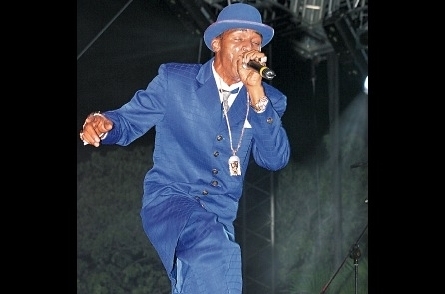 FOR most of his 25-year career, Sanchez has won thousands of fans with lovers rock tunes like Lonely and One In a Million You.

On his latest recording, the singer takes a more serious tone by taking on one of the year’s most polarising topics.

Yes We Wanna Know revisits the Trayvon Martin case in which a black teenager was killed by George Zimmerman, an Hispanic man, in Sanford, Florida in February last year.

“I followed the case very closely as it was a case that really touched my heart and I felt for the parents of Trayvon,” Sanchez told the Jamaica Observer.

He says he recorded the song two months. It was released jointly last week by his Sanmonik label and Delaware-based New Millionaire Entertainment.

Zimmerman was acquitted of second degree murder and misdemeanour charges in July, an unpopular verdict that triggered protests by civil rights groups across the United States.

“The verdict was a shocker, but as I say in my song, George Zimmerman can’t get away. He may have been able to run from man but will not be able to run from the Father I serve,” Sanchez said.

Like a General, his debut album for New Millionaire Entertainment, is scheduled for release in January.

For the original report go to http://www.jamaicaobserver.com/Entertainment/Sanchez-sings-for-Trayvon-Martin_15708907