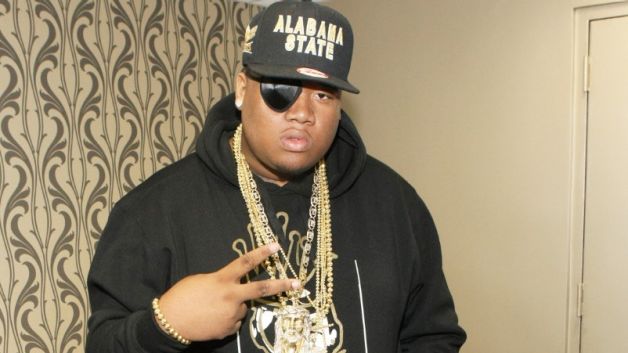 UPDATE: Montgomery police have confirmed that Doe B, real name Glen Thomas, was one of two people killed at Centennial Hill Bar & Grill in the wee hours of Saturday morning. Kimberle Johnson, 21, was also killed in the incident. Johnson was pronounced dead at the scene, while Doe B was taken to Baptist Medical Center South and later pronounced dead. Six other people were victims of gunshot wounds.

Doe B’s management company, the Blueprint Group, has released the following statement: “Doe B was an amazing young man, in every sense of the word. A truly talented artist, a loving father and a dedicated member of the hip hop community at large, he touched the lives of the many people who had the privilege of knowing him.”

The statement continues, “The Blueprint Group offers our condolences to our Doe B label partners Interscope / Hustle Gang, his management DJ Frank White and Brooklyn Knights, and most of all his family, friends and fans at this very difficult time. We ask that you remember him not by his untimely death, but by his love of life and the music he left behind.”

An emerging 22-year-old rapper affiliated with T.I.‘s Hustle Gang crew was murdered in an Alabama nightclub early Saturday morning, according to several media reports. Doe B, born Glenn Thomas, was fatally wounded during a shooting at a local hot spot, Centennial Hill Bar and Grill, that reportedly also claimed the life of a 21-year-old woman.

A native of Montgomery, Doe B was a steadily rising talent who had signed on with Hustle Gang earlier this year. The husky MC, who wore an eye patch due to being shot in the eye several years ago, made his mark this summer with his Baby Je$us mixtape. A rep from Doe B’s management team confirmed his death, via Twitter, “On behalf of doe b’s management i would like to thank all of his fans and say Rest in Peace my brother Glenn thomas aka @CBMDOEB.”

News of his death quickly spread on social media as rappers and fans sent their condolences. T.I. was one of the first artists to address the sad news with a post on his Instagram page.

Drake remembered the young rapper with a “RIP Doe B” tweet, while Meek Mill, who dealt with the murder of his artist Lil Snupe this past summer, tweeted, “R I P Doe B …. I hate seeing s— like dis!

“Damn. RIP Doe B. this rap sh— crazy right now. Condolences to his family. Clubs keep lettin guns in the club as if that’s not where we as artists work. We got families to go home to, f— is wrong with y’all.”

Local police have yet to issue a statement on the shooting.