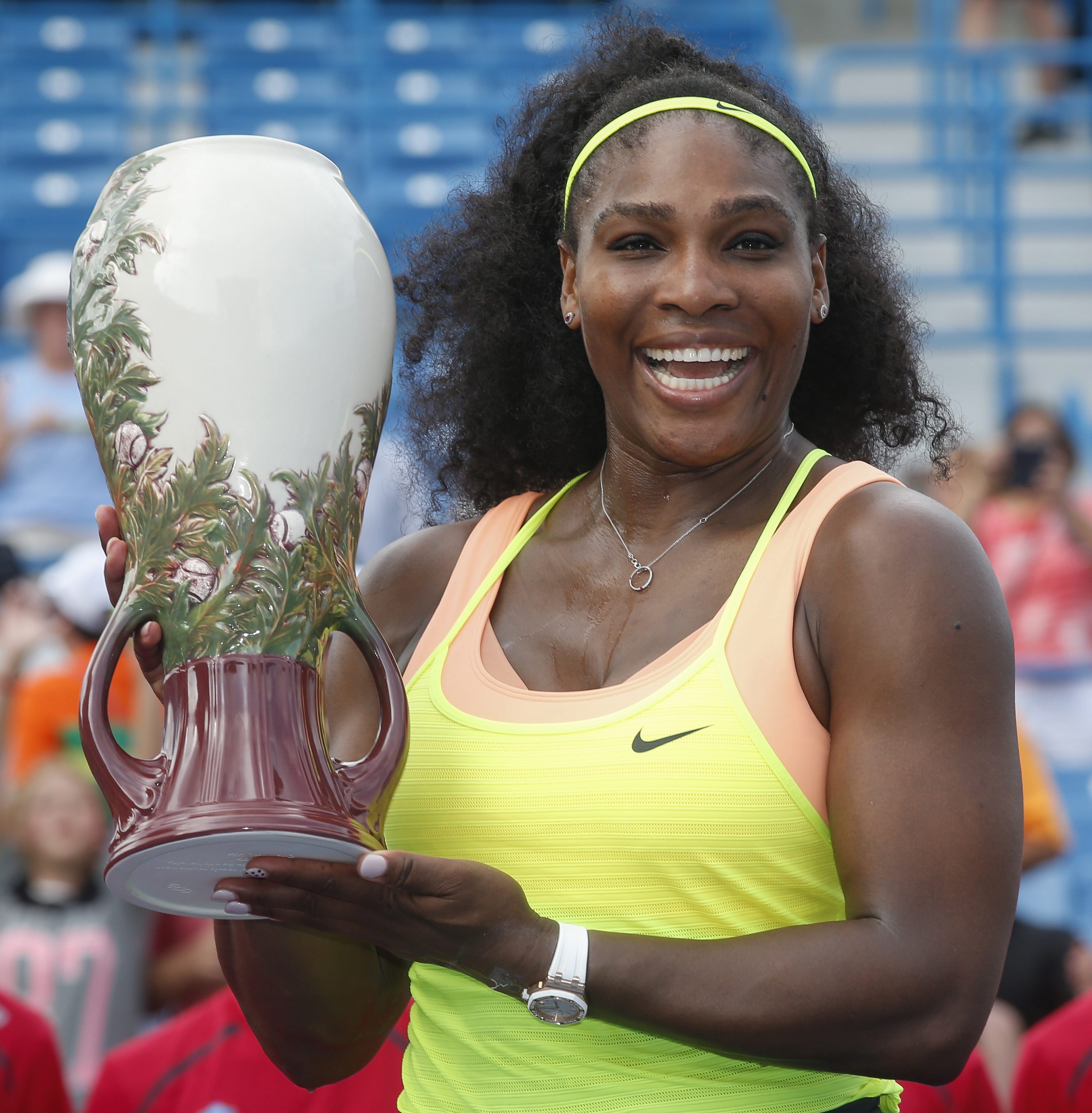 NEW YORK _ Serena Williams is trying to ignore “the elephant in the room” ahead of the U.S. Open.

“I’m OK with it. I’m really not even talking about it,” the tennis pro said at an event in New York on Wednesday.

If she wins the U.S. Open, which starts Aug. 31, it will be her fifth straight major title and the first calendar Grand Slam by a woman since Steffi Graf did it in 1988.

Williams instead channeled any nervous energy into singing at a karaoke night sponsored by Delta Air Lines, now in its second year. Before the show, she said she was more worried about her song choice than her tennis game.

Williams, 33, ended up choosing “Under the Sea” from “The Little Mermaid,” complete with dance moves and Caribbean accent.

“We just kind of wanted to celebrate just kicking off (the) U.S. Open and having fun and relaxing and enjoying it,” said Williams.

Kei Nishikori, who is seeded fourth for the U.S. Open, also was there.

After having to withdraw from the Cincinnati Masters because of fatigue and a hip injury, Nishikori said he’s now doing well.