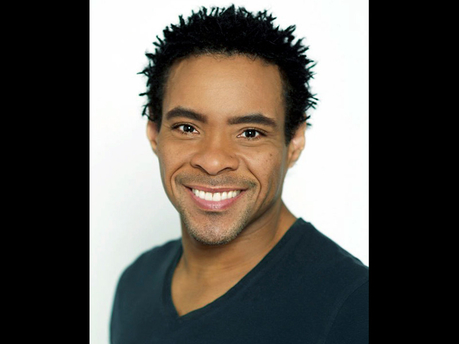 Actor and playwright David Heron has scored yet another major casting coup by landing the leading role in Coriolanus – The African Warrior, the final mainstage production of the prestigious 2013 Harlem Shakespeare Festival in New York.

The role of Coriolanus has been played by some of the world’s most renowned actors, including Laurence Olivier, Richard Burton, MorganFreeman and, most recently, Ralph Fiennes in the highly regarded feature film released in 2011.

The latest New York production, directed by award-winning director, actor and Broadway veteran, Jeffery V. Thompson, will run from October 31 to November 10 at the Poet’s Den Theater in East Harlem with a gala performance and reception slated for November 5.

Shakespeare’s Coriolanus, one of the playwright’s less-frequently produced plays, has been growing in stature and popularity in recent years.

Set in ancient Rome, the tragedy tells the story of a brave aristocrat and warrior, Coriolanus, who returns home after years of service in the field, and is coerced by those around him to run for the political office of Roman consul. When his election is thwarted by members of the rising lower classes, the ensuing conflict results in his banishment from home and family. He subsequently vows to destroy his former city in a blaze of hatred and vengeance.

The production’s subtitle, ‘The African Warrior’, has been added because of the African aesthetic with which this particular production will tell the story.

As Heron explains, “The characters, storyline and Shakespeare’s language all remain unchanged. However, the telling of the tale will have a distinctly African flavour in its presentation and production values. I think it will be a unique take on this timely and timeless story and it will serve as an intriguing introduction to the play for those unfamiliar with it ’til now.”

While acknowledging that this is unquestionably his most challenging and demanding role to date, Heron also points to the relevance of the play in today’s world.

“So many of the issues we are facing in America and the world today – the conflict between the classes, the clashes between Wall Street and Main Street, even the recent US government shutdown – run parallel to the events in this story, set in a time when there was a shift of power in ancient Rome. Can the people be trusted to elect the best leaders to represent them, and can those elected then be trusted to do what is in the best interest of the people? These questions will strike a note of familiarity with all audiences who see this work,” said Heron.

Intriguingly, Heron auditioned for a smaller role in the epic production, only to be contacted by producers days later and offered the lead.

“It came as a total surprise, because I had gone in and read for another role. I was honestly petrified to accept it at first – it’s so much larger than anything I’ve ever done. The play is not produced very often and so whenever it does come around – when you look at the actors who have done it before – it’s a very special event. All you can do is dive in and give it everything, which is what I’m doing,” he said.

The Poet’s Den Theater is located at 309 East 108th Street in East Harlem.

For the original report go to http://jamaica-gleaner.com/gleaner/20131023/ent/ent1.html