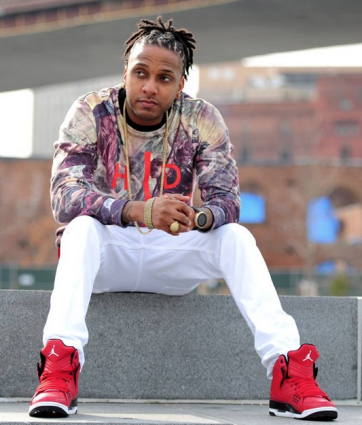 “There was real synergy from the start working with a legend like Wayne Wonder on this track.  We knew instantly that we had a hit on our hands so it had to be the first out the gate from the album,” Shifta shared

The release of “Know What You Want” is already considered a hit in the making propelled by Shifta’s connotative writing and Wayne Wonder’s delivery on the track itself. The track also increases the expectations for Shifta’s album’s ascension to Billboard domination.

“”Know What You Want” is all about giving people the vibe to be able to describe their sexual thoughts and intentions on the dance floor without having to say much. I like to consider this song as ‘baby making music’ and then some,” Shifts added

SUN DANCE is the first studio album for the Timeless records recording artiste but in the fall of 2016, the multi-talented singer, song writer and businessman released his EP “YOU & I”. The CEO of Timeless Entertainment is excited about this new album project being released for Shifta after a great EP and tour for Shifta last year.

“We had a successful EP in 2016 called ‘You & I’ with Japanese star singer Che’Nelle with the project charting the billboard Top 10 Reggae album chart; so now we are even more excited to launch his debut studio album ” Fresh Timeless mused

Shifta followed up this successful “YOU & I” project with a sold out tour of Asia, Africa and the US. The ‘Know What You Want’ single has already climbed the ITunes Reggae Singles Chart peaking at the number 8 spot since its release.

Shifta is currently in his homeland, Jamaica on a promotional stint to highlight the upcoming album and the first single Know What You Want” featuring Wayne Wonder. The single is now available for purchase on all digital music retailers and streaming services worldwide.