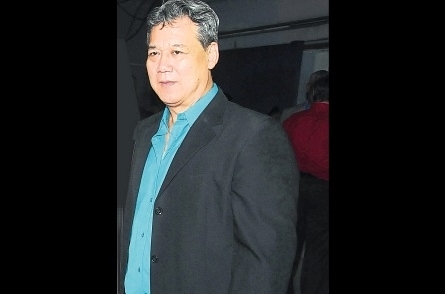 RICHARD Chin has taken a step back recently, observing the admiration and love poured out by Jamaicans on his daughter, Tessanne Chin, winner of the NBC talent show The Voice.

But it was not so long ago that he was the standard-bearer for his family.

After starting out playing drums for Jamaica’s first all-female (plus one male) band, Ingrid Chin and the Carnations, he formed the methodical E+MC2, capitalising on a version of Einstein’s famous relativity equation, whch experimented with a fusion of Caribbean rhythms.

One of his bandmates in E+MC2 was vocalist/jazz musician Harold Davis.

Equally important was Chin’s contribution to the sound/lighting environment at local stage shows.

He started his own sound production company, Klariti Productions, in 1996, joining Paul Doyle’s Audiofon as the industry leaders in the sound, light and generator rental business.

“We were dedicated to providing our customers with superior products at competitive prices,” said Chin, who still operates the business, but on a much lower scale.

“At the time, most people in the business weren’t trained and everybody considered themselves an expert in sound and just did whatever they wanted to do,” he explained.

The result, according to Chin, was a chaotic situation in which musicians and patrons were unable to get quality sound at shows up to the early 1990s.

Together with Audiofon, Klariti conquered the garbled echoes, which had been the biggest nightmare for patrons attending major shows at Kingston’s premier venue, the National Arena.

“Shortly after I started, I found myself providing sound for events like Genesis, White River Reggae Bash and a number of shows featuring foreign acts,” Chin explained.

He did not stay too long in that area of the business. He exited what had become a very competitive and increasingly professional market. Doyle continues to operate Audiofon Limited on Dumfries Road, New Kingston, while Chin focused more on the home studio he had built for his family at their St Andrew home.

“Ever heard the phrase, too many crabs in a barrel!” he joked.

For the next decade, or so, he started focusing on his children’s talents, especially Tessanne and Tami.

“The studio at home is really for my children, although we record a few people. If my daughters are going out to perform at a small function, I will do that, and I do corporate shows too. But I am not getting involved in the big sound thing anymore,” he insisted.

Chin thinks he has done enough to carry on the artistic contribution of his family to Jamaican music. First, by playing drums and other instruments in bands and on recording sessions; forming Ingrid Chin and the Carnations, which was led by his sister and included his ex-wife and children’s mother, Christine Levy-Weston, who played trumpet in what was supposed to be an all-female band.

The family’s music history is traced to one of the genuine pioneers of Jamaican music, Kes Chin, whose band, the Souvenirs, also included Richard’s father, Keyoung Chin.

That band included some of the foremost Jamaican musicians of the 1950s and 1960s.

“My other children sing you know, but it is just that they weren’t interested in music that much,” he pointed out.

Apart from Tessanne and Tami, he has two children in England. Terrie is a hairstylist with her own parlour in London while son Torenne does computer animations.

His other son, Tonniel, lives in Colorado and is also into computers.

“One thing I have in mind always is that my children must take everything this family has done a step further. I believe in that, very much,” Chin concluded.

For the original report go to http://www.jamaicaobserver.com/Entertainment/Father-of-The-Voice_15704729