From Rio to Tokyo, sports fans skip work or brave the heat to watch Super Bowl 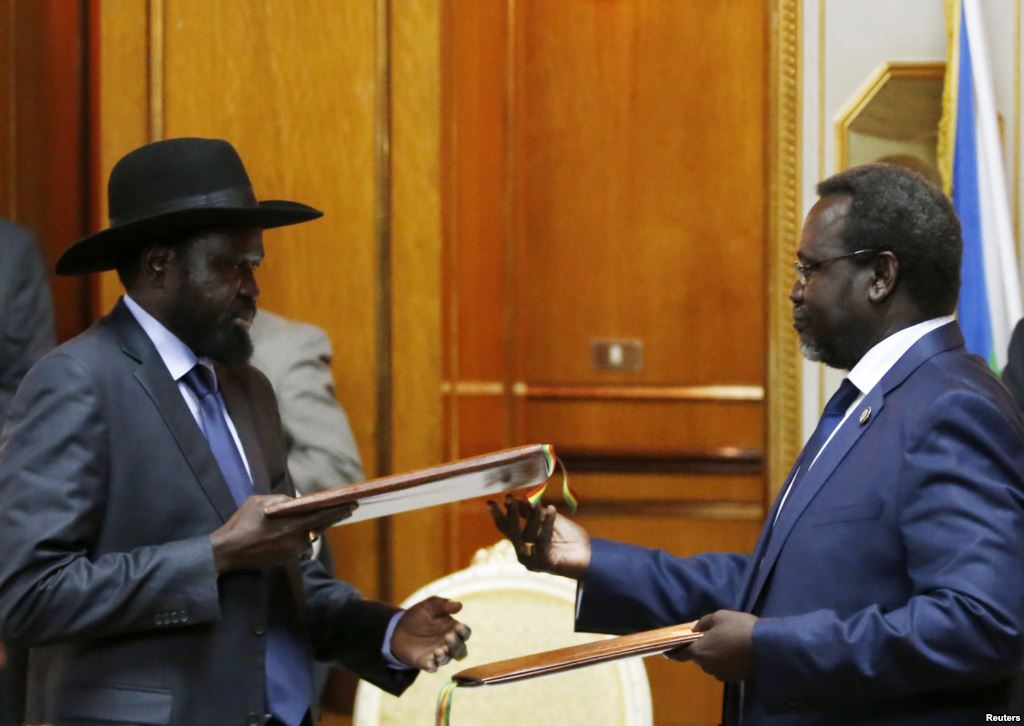 ADDIS ABABA, Ethiopia (AP) _ South Sudan’s warring factions early Monday signed another peace deal in the latest effort to end hostilities that have raged for more than a year, but analysts expressed doubt about whether it will hold.

The government and rebels have previously signed at least three peace deals which were broken quickly.

“If the government respects the deal, then there will definitely be a decrease in the level of violence. But if they remain in the same mood, it is not going to stop the fight,” Lul said.

Leaders of the regional bloc overseeing the talks, IGAD, will take severe action against anyone who breaks this latest agreement and report them to the African Union and U.N. Security Council, said mediator Seyoum Mesfin. Both have threatened sanctions against those undermining peace in South Sudan, the world’s newest nation, rich in oil.

President Salva Kiir and rebel leader Riek Machar, the former vice-president, were asked to honour what they had signed after four days of intense negotiations.

April, May and June have been set as a pre-transition period, and a transitional government of national unity will start functioning July 9, mediators said. Some sticking points still remain, they said, including the allocation of power.

“In the absence of the promised regime of regional travel bans and asset freezes, the warring parties see no reason to adjust their behaviour,” said Justine Fleischner, Enough project analyst. Fleischner criticized the mediators saying that competing regional economic interests and business ties mean sanctions won’t be imposed. “Meanwhile, the cost of war is being paid by the people of South Sudan.”

The South Sudan government and the rebels agreed to conclude a comprehensive agreement to end the crisis in South Sudan before March 5.

Fighting broke out December 2013 between Kiir’s troops and those loyal to Machar. Since then, more than 1.5 million South Sudanese have fled their homes and tens of thousands have sheltered in U.N. bases.

Tom Odula contributed to this report from Nairobi, Kenya