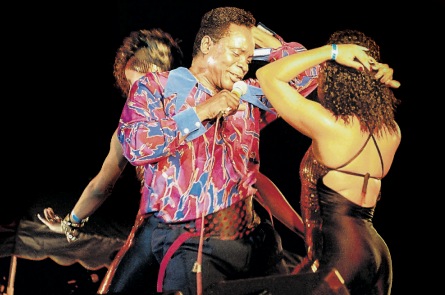 CALYPSO legend, the Mighty Sparrow, has been released from a New York hospital one month after suffering a stroke.

According to the newsday.co.tt website, the Trinidadian singer “is now doing well and recuperating at a special therapy facility.”

A release also quoted Sparrow’s family: “The family of the Mighty Sparrow, Dr Slinger Francisco, is pleased to advise that he continues to improve day by day. He has now been moved from the hospital where he was recovering to a special therapy facility. There, he will undergo physical strengthening and other medical procedures to improve his overall well-being.”

There was much speculation about Sparrow’s health in Caribbean media after news emerged in September that he was seriously ill.

Some reports claimed that the Grenada-born artiste had died.

Sparrow, whose career started in the 1950s, is arguably the greatest calypsonian. Dragon Dance, No Love Without Money and Obeah Wedding are some of his biggest hit songs.

For the original report go to http://www.jamaicaobserver.com/entertainment/Sparrow-out-of-hospital_15311123