Mavado Feat. Nicki Minaj – Give It All To Me 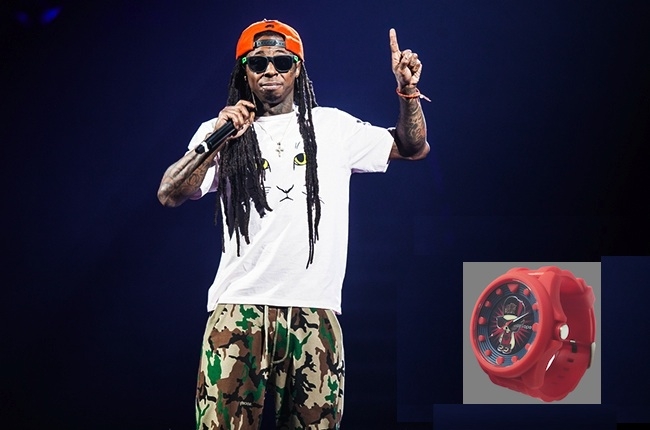 When Paris-based graphic artist Victor Louzon created his Wize & Ope characters five years ago for a comic book, he had no idea it would have the potential to become a global brand name fronted by one of the world’s biggest hip-hop stars.

By 2012, Louzon had already surpassed his own expectations by using the characters as the face for trendy sports watches his company designed in the style of a Swatch or G-Shock timepiece. Its early success in Europe and Asia already had more established rivals and suppliers making enquiries for equity stakes, according to Louzon.

But Louzon had no interest in discussing equity deals until artist services consultant Efe Ogbeni of Worldpasport convinced him to fly out to Los Angeles to a video shoot of Lil Wayne and talk about working with the Grammy Award-winning rapper/entrepreneur.

“I met him in his trailer at 3 a.m. in Universal Studios. He loved the watches, asked lots of smart questions and then said, ‘Let’s do it,’” Louzon says.

Ogbeni, who has brokered similar deals with Nicki Minaj, among others, then took Louzon to meet Wayne’s managers at Blueprint. They elevated the discussions to include taking a significant equity stake in the overall Wize & Ope brand, which is already being positioned for ambitions beyond wrist watches in the near future.

“When Efe brought this to us it was a great fit, because we’d been looking at a couple of different things to expand Wayne’s entrepreneurial portfolio outside of music,” Blueprint co-CEO Cortez Bryant says. Among the many attractions was the opportunity to take a stake in a relatively small, young company that Bryant and partner/co-CEO Gee Roberson believe has huge potential to expand when Wayne helps it fully roll out in the United States next summer.

One of the Wize & Ope watch designs.

“The days of just doing endorsement deals and getting a check are in the past for Wayne,” Bryant says. “He’s the next mogul to move beyond rap.”

Wayne’s relationship with established brands hasn’t always been smooth sailing. In May he was droppedfrom his multimillion-dollar endorsement deal with Mountain Dew following offensive lyrics related to Emmet Till, a 1950s victim of a racist attack.

While financial terms of the stake agreement weren’t disclosed, a source familiar with the talks says Wayne will own as much as 25% of the business. Two others describe the deal as a “value exchange” with no cash changing hands in order to take the stake. Wayne will be the overall U.S. brand ambassador for Wize & Ope. “Wayne brings more than cash to the table,” Louzon says. “He brings brand trust and credibility.”

The hope is to build on the success of Wayne’s Trukfit and Spectre by Supra fashion brands that have been worn by fellow celebrities like Justin Bieber and Miley Cyrus and have retail distribution in major outlets like Macy’s and Dillards.

Wize & Ope has sold nearly 200,000 watches since 2011 and is set for major expansion of its distribution in Asia ahead of the U.S. launch with Wayne.

The U.S. market for midpriced fashion watches grew 11% to $850 million between August 2012 and August 2013, according to Fred Levin, an analyst with NPD Group’s LGI Network.

For the original report go to http://www.billboard.com/biz/articles/news/5763086/lil-wayne-takes-ownership-stake-in-french-fashion-watch-brand-wize-ope