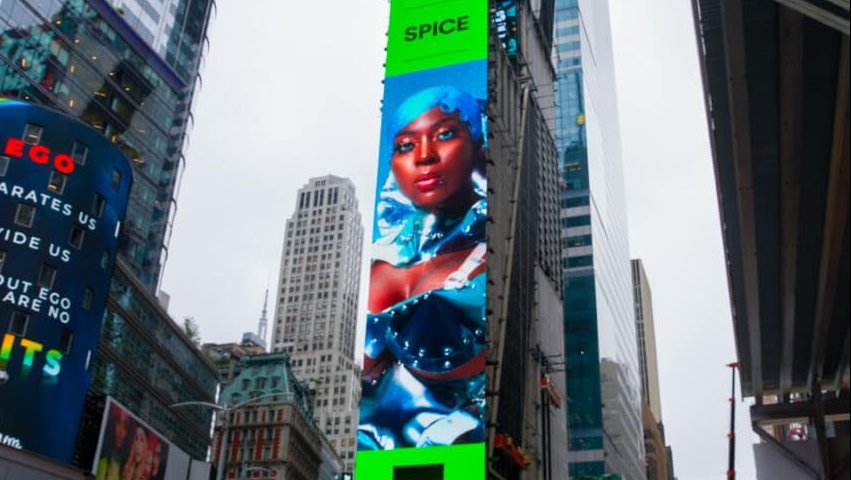 June 24, 2022 | By VP Records | The Queen of Dancehall Spice, is featured on billboards in Times Square in promotion of Spotify’s EQUAL Campaign. The streaming platform’s playlist entitled EQUAL features the voices of prominent women from around the world. 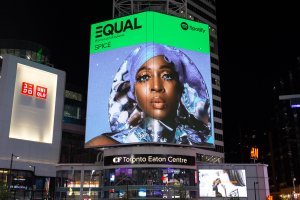 Seen as one of the leaders in the streaming space, the playlist offers more visibility to women.

Gracing billboards in New York’s Time Square, Spice amplifies the messaging that female creatives should be treated as equally as their male counterparts.

In Toronto’s Yonge-Dundas Square, Spice will be re-featured in time for her PRIDE performance live on Friday June 24th that officially opens the weekend celebration in Toronto.

The GRAMMY-Nominated and award- winning performing artist and entrepreneur began her reign at the top of the reggae / dancehall kingdom when she was acknowledged by Spotify and other streaming platforms as one of the leading artists to conquer the genres’ charts.