Tafari completes video for ‘I Want You’ 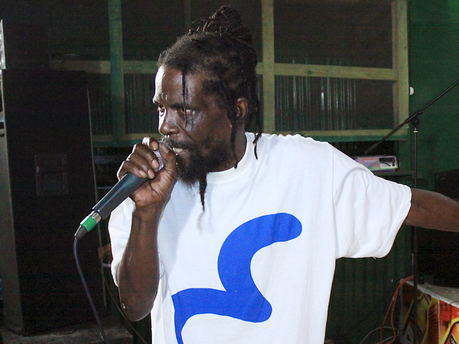 Major Mackerel is adamant that he’s “coming back”.

Once a staple in the 1980s with hits such as Pretty Looks Done and Dutty Bundle, he is determined that he will find his place in the current state of dancehall.

“I was absent from Jamaica for a while. But now I’m back and slowly but surely getting back into the groove of things. The industry has changed a lot since those days, but I believe I can still do it. The style of music and the riddims have changed, but still it’s nothing that I can’t do,” he said.

The entertainer has several shows for the Christmas season, among them the popular Sting stage show. A special treat is planned for that occasion.

“I’m putting in the work right now so you’ll see me at the shows. And you’ll be hearing the new music that we’re working on right now. They’re of good quality and style, so just look and listen out for Major Mackerel,” he shared.

The veteran dancehall deejay has landed in the spotlight in recent times.

He attributes this to the use of his dubplates in The Magnum All-Star CelebrityFace Off.

In previous clashes, KipRich and Damion Crawford solicited the use of Major Mackerel dubplates which were instrumental in giving them the edge over their opponents.

“The dubs I did for them to use in the clashes are earning me a lot of calls, both for dubplates and for shows. I guess people are either at the event and hear dem or dem hear about how the dubs kill dem ova deh! This is giving me a lot of attention. Things are really looking good!” he said.

For the original report go to http://jamaica-gleaner.com/gleaner/20131203/ent/ent4.html