Pulse Launches The Search For The Million Dollar Girl

Jay Z Gives Fan the Stage for a Second Time 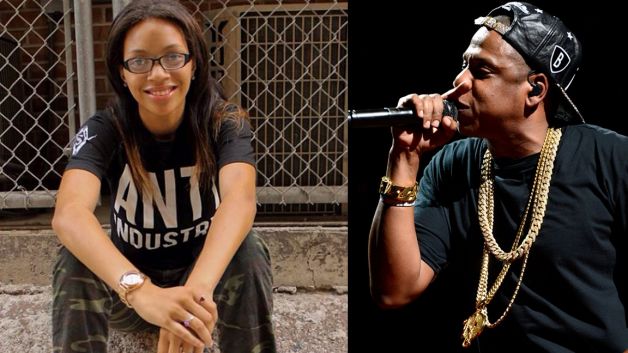 Jay Z‘s still out to prove that his presence is charity, lending his stage to fans for a once in a lifetime kind of opportunity.

This time, though, Thursday (Jan. 9) at the United Center in Chicago for his Magna Carter World Tour, reports MissInfo, Hov pulled a fan on stage and she happened to be an up-and-coming rapper named MoBo the Great, who had already taken the stage with him circa his Blueprint 3jaunt.

“Before I rap, I just want to say something,” Mo said, when Jay handed her the mic. “I took the stage with this man right here at the Blueprint 3 concert when I was 16 and s–t. I have been to every f–king concert, waiting for this man so I can do this s–t again!”

The Kankakee, Ill., rapper then dropped a shoutout to Chicago and a near two-minute freestyle. “You betta sign me,” she told Jay afterwards, catching her breath.

“We gon’ get your number,” he responded. “You just told your whole life story, huh? I would’ve done the same s–t. F–k that.” He threw in a hug and an “I love you” to affirm his stance.

Previously, the side-eye choir tried to shade Jay for bringing a 12-year-old fan on stage and inviting him backstage, calling the tender moment “a hoax.” And a report circulated that his “brand” suffers from a lack of public trust.

As for Mo, she’s currently pushing her new independently released video, “F–k the Public,” and is basking in the support she’s received online since she took the stage with H-to-the-izzo. “[T]hank you so much to everyone who supported tonight. new followers, old followers, kankakee definitely turned up for me. i appreciate you,” she tweeted. “thank you to God, my grandma, the united center and the man himself. Lets keep it moving.”

For the original report go to http://www.bet.com/news/music/2014/01/10/jay-z-gives-fan-the-stage-for-a-second-time.html