Jay Z Gives Fan the Stage for a Second Time 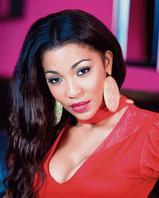 The administrator of the website which first posted revealing photos of female deejay D’Angel’s on-stage wardrobe malfunction is refuting reports he was forced to apologise, claiming he did it on his own merit.

The photo which was taken at Wet Dreams is a revealing picture and shows D’Angel’s body parts protruding as the singer performed on stage. Information reaching THE STAR is that upon learning of the revealing nature of the photo, a member of D’Angel’s team contacted the owner of www.mypartytherapist.com, the official photographers of the event, allegedly complaining that the artiste was not pleased.

“We were in dialogue for, like, a week … me and her personal assistant. They wanted to access the website and see it but I told them I had already locked and removed the photo so it could not be accessed outside of administration. I was not forced to apologise! I offered to, telling them that I would make a public apology … I did that on my Facebook page, on my wall,” said the administrator, who requested anonymity.

The administrator on Thursday acknowledged that he took the photos, but about five of them were inadvertently posted to the website.

He said, “The workload was on me in the Christmas … I had three events that night … and for Wet Dreams I took over 600 photos. On a normal day, I would go through and edit them individually, but on that occasion I did mass edit (chunks at a time) and uploaded them.”

He continued, “It wasn’t until the promoter who first called me and asked me ‘wah kinda pic that yuh post wid Angel?’ that I realised what had occurred. That was when I began taking steps to retract what I had done … I removed it from Facebook and took it off the website.”

The administrator said by that time it was too late as many persons had already either downloaded, or shared the photograph via social media. The spreading of the photograph sparked many discussions on social media and in entertainment circles.

Interestingly, the administrator also told THE STAR that the buzz being created by the photo is much ado about nothing when compared to others he decided not to upload.

He said, “When I went and saw the one that persons targeted and was sending all over, I said to myself this type of publicity is not for me. Then I began to think, what if they saw the others I made sure to separate? They just took that one and run wid it!”

When asked how has traffic been to the website since the revealing pictures were posted, our news team was told that traffic to the website was never an issue.

He said, “I have never had problem with traffic or hits … I stopped checking that years ago … if I needed publicity I would have posted the other wicked ones … . But I’m not too keen on that kind of publicity.”

For the original report go to http://jamaica-star.com/thestar/20140113/ent/ent1.html