Business as usual for grammy’s 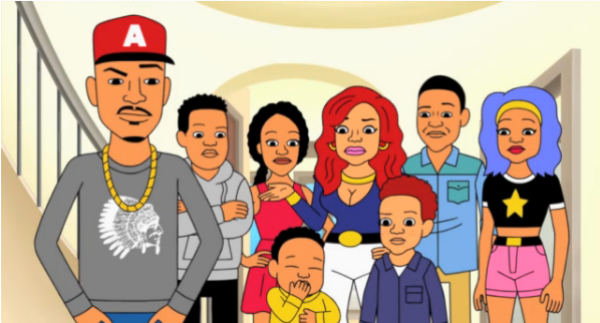 Nothing supplies the world with more cultural classics than the Christmas season (The Christmas Story, A Charlie Brown Christmas, and Rudolph The Red-Nosed Reindeer, are just a few). VH1 hopes you’re prepared for the newest addition to the list: T.I. and Tiny: Holiday Hustle Special.

That’s right. Rapper T.I., his wife Tameka “Tiny” Harris and their six children will be starring in a Christmas special spin-off of their show T.I. & Tiny: The Family Hustle. The difference between the reality show and the Christmas special is that the latter will be animated, for better or worse.

A brief plot summary: T.I and his family are enjoying the Christmas season as usual in their hometown of Atlanta. They’re visited by Cyrus, the head elf from the Santa’s workshop (and apparently not a reference to Miley Cyrus). Santa has apparently disappeared, and rather than call Interpol, the elves have decided that the Harris family is best-suited to handle the crisis. The family heads north, where Tiny takes charge of the toy-making operations during Santa’s absence, and Tip goes out hunting for the big man. Along the way, according to VH1, the rapper will run into other familiar Christmas legends, such as Frosty the Snowman and the Abominable Snow Monster. VH1 hints that someone is trying to ruin Christmas, but they won’t tell who. The rapper’s beef with Ludacris has been over a long time, but that would have been awesome.

Another rap-related idea for the show. In case Santa can’t be found in time, have Rick Ross take his place this year. He’s round, he’s got the beard, and he’d probably look amazing wearing a big red suit and hat. Just an idea.

The T.I. and Tiny: Holiday Hustle Special will air December 16 at 8 P.M.

For the original report go to http://www.musictimes.com/articles/2698/20131208/t-tiny-appear-animated-vh1-christmas-special-save-santa.htm