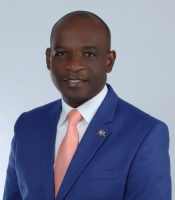 Photo of Mr. Jasford Gabriel Current President of the JTA

The President of the very powerful Jamaica Teachers Association (JTA) with an estimated 20 thousand strong membership has been criticized by their head Jasford Gabriel for having too much autonomy.

It is widely felt that the teachers’ membership through their union has too much power.  They tend to overrule the government’s plans for the sector.

Government cannot allow the JTA to run their show. They were not elected by the people.  the proverbial tail cannot be allowed to wag the dog.  The government must call the shots and rule with skill and diplomacy. there can be no other way. Strong leadership is the only way to go.

There are over 1000 public schools in Jamaica. they are organized in regions.  Some are private and kindergarten types. Government pays most of the teachers.  it is a very expensive undertaking.  So he who pays the piper should call the tune.

Hopeton O’Connor-Dennie is a former teacher and has been exposed at the school board level. He is also a veteran journalist with international exposure.