Jamaica, home to dominant sprinters, seeks to turn itself into sports tourism destination 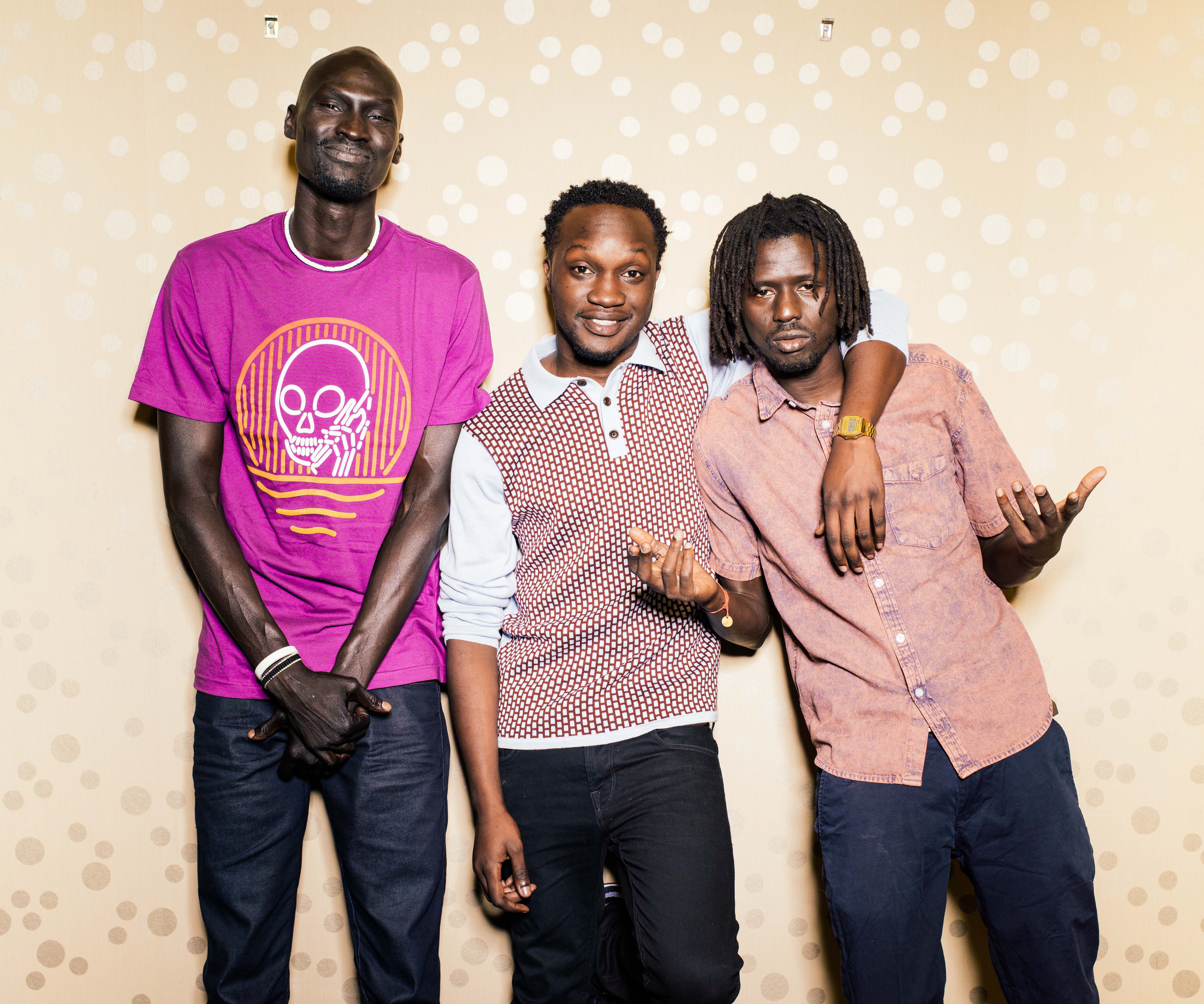 TORONTO _ In portraying the harrowing story of Sudan’s Lost Boys, “The Good Lie” stars also found bits of themselves.

Opening Friday in Toronto, the film from Quebec director Philippe Falardeau is a fictional account of the true-life journey of thousands of Sudanese children who were displaced during the country’s civil war that began in the 1980s.

“I feel like it’s like my story being told on a big screen,” Jal, who grew up in war-torn Southern Sudan in the ’80s and is now a hip-hop artist in Toronto, said in an interview at last month’s Toronto International Film Festival.

“I was born at the time when my country was going at war and I saw how the war reached the core of my family. … The war in South Sudan took away, drove the soul of my community. All my aunties died during the war, my mom was claimed by the war.”

Jal was also a child soldier, as was Duany, who was born in Akobo, South Sudan and fled to Ethiopia and Kenya before seeking refuge in the U.S. at age 16.

“Emmanuel and I used to carry an AK-47 just to live, before you would know how to read and write,” said Duany, who used to live in refugee camps with no running water or lights and is now an actor in New York.

“When they started doing the casting for this movie and I read the script in my little room in Harlem, I collapsed and … put it away and I went to the bathroom and cried,” he said. “I came back and tried to finish the script again and I would just walk away from the script.

“The reason is, because in my time, I didn’t think that this story would be told.”

Wiel was born in an Ethiopian refugee camp to Sudanese parents who were U.N. aid workers. Her dad died in the war in Sudan and she immigrated to Minnesota at age eight.

“I took the film because of the story,” said the Los Angeles resident. “I wanted to tell the story of my country through my eyes. … It was nerve-racking but also a learning experience because I got to go into depth and learn more about myself and what my country went through.”

Oceng was born in Uganda to a Sudanese father who died when he was young, said the London-raised actor.

“I never grew up knowing my Sudanese side or my father’s side of the family,” he said. “So doing this film was like a total blessing for me.”

“The Good Lie” is the first English-language feature for Falardeau, whose 2011 drama “Monsieur Lazhar” was nominated for an Oscar for best foreign-language film.

He said he first became interested in Sudan when he filmed the documentary “Waiting” there in 1994. He and his crew had to be evacuated twice while shooting the doc due to “a loose-cannon general,” so when he read Margaret Nagle’s screenplay for “The Good Lie,” he felt he needed to do it.

“I remember in the plane feeling very guilty leaving the place, so when I read the script it was like a redemption thing I had to do, which is a bit absurd, but it’s how I felt it,” said the Hull, Que., native, whose other films include “Congorama” “It’s Not Me, I Swear!”

The film highlights the culture shock that plagues refugees who immigrate to a western nation, a situation to which the cast could relate.

“When I first came to a western country, I’m just going to be honest about it, I thought white people are aliens or probably they are fallen angels,” Jal said with a laugh.

“The first time I even got a flushed toilet … I thought actually a snake would come out. When I’m using the toilet, I have to stand looking down, so if a snake comes out I’ll grab the head.”

Jal hopes the film will create a “global conscious awakening” about South Sudan, which Duany pointed out is reeling from renewed violence.

“I think the awareness that it’s going to bring to the world is the most important thing,” said Duany. “Look at the story. Now it’s a national story, it’s just not only a Lost Boys story, it’s all our story here who’s sitting at this table.

“It has something in there for everybody.”

Given the unrest in the region, Falardeau said it’s impossible to screen the film there right now. He posited that a screening at a refugee camp in Kenya “would be more feasible.”

“It’s ironic that the film is talking about a survival story of these refugees and that it’s starting all over again,” said Falardeau. “It’s a sad reminder that nothing is settled.”