TINY HARRIS OF XSCAPE UNDER FIRE FOR EYE LIGHTENING 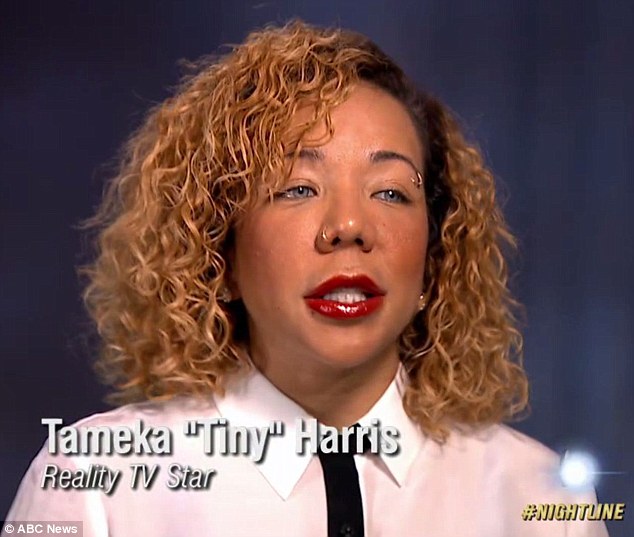 NEW YORK _ Reality TV star Tameka “Tiny” Harris, the wife of rapper T.I., has the attention of skeptical eye doctors and social media haters over a procedure she underwent to permanently lighten the colour of her eyes.

Harris, once a member of the ’90s R&B group Xscape, told ABC News on Thursday that she travelled to Africa a little more than two weeks ago for cosmetic eye implants that changed her eye colour from brown to ice grey _ and she couldn’t be happier.

“I looked in the mirror and I was, like, they’re amazing,” she said on “Good Morning America” on Thursday.

New York ophthalmologist James Tsai, a clinical spokesman for the American Academy of Ophthalmology, told The Associated Press such cosmetic procedures are illegal in the United States. Similar but not identical procedures are done for patients with specific medical problems or conditions.

For cosmetic purposes, he said, the risks can include glaucoma, cataracts, bleeding in the eyes and corneal problems. Tsai said websites advertising such procedures for cosmetic purposes often emphasis how quick they can be done _ 10 to 15 minutes per eye _ without emphasizing risks.

“We believe they are a dangerous practice and as a physician I would never recommend them,” he said.

Tsai said cosmetic implants, which involve making a small slit in the eye, first surfaced about five years ago and have been done in the Middle East, Panama and Africa.

Harris, who co-wrote TLC’s massive hit “No Scrubs,” said she went to Africa for her procedure and is feeling fine. Some on Twitter and other social media have questioned her motivation for wanting to change up her eye colour as self-hate.

“I just wanted to do something different. I have the right to do that,” Harris said. “It’s my body.”

As for her husband, she said he wasn’t on board at first but now, “He loves them. He’s OK with them as long as they’re healthy and I’m not having any problems.”