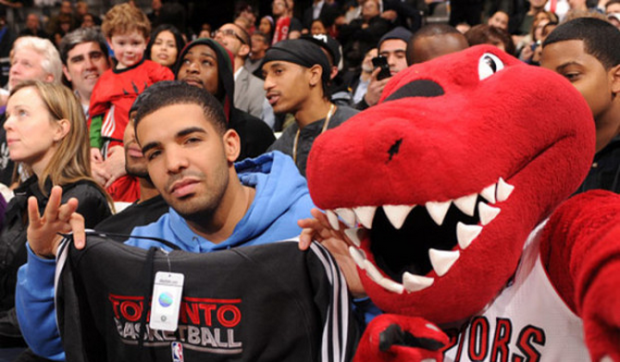 The Toronto Raptors look to be going the extra mile to cement their relationship with hometown megastar, Drake. Already the team’s Global Ambassador, the Raptors recently announced the January 11 contest against the Brooklyn Nets will be highlighted as “Drake Night.” For the night, fans in attendance will be given a Raptors x OVO T-shirt, and be treated by Drizzy’s DJ, DJ Future The Prince. Players will also rock exclusive gold and black colorway jerseys for the match up. Drake is not scheduled to be in attendance, however.

In addition to the “Drake Night,” team officials are also reportedly in talks about changing the teams, purple, red and white color scheme permenatly to black and gold, reports The Star. This would reportedly be a part of a rebranding initiative the organization has planned for the 2015-2016 season.

For the original report go to http://www.xxlmag.com/news/2014/01/toronto-raptors-hold-drake-night-consider-changing-colors-match-rappers-logo/