Spike Lee goes from director to coach for NBA All Star celeb game, with Kevin Hart and more 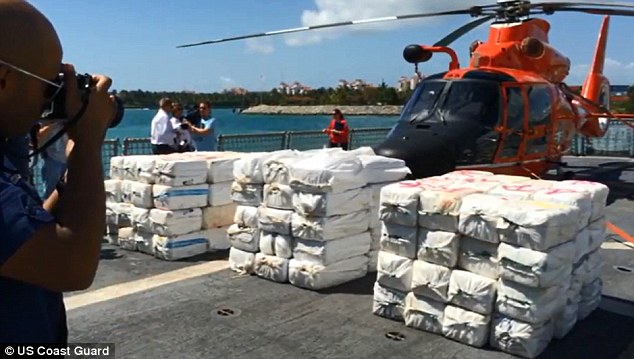 The U.S. Coast Guard said in a Wednesday statement that the crew from one of its cutters boarded a suspicious speedboat in Dominican waters. They reportedly found 18 bales of cocaine and detained two men. The suspects were transferred to authorities in the Dominican Republic, where they are expected to be prosecuted.

The Dominican Navy also recovered 32 bales of cocaine thrown off another drug-smuggling boat during a chase. There were no arrests in that operation.

Coast Guard officials estimated the value of the drugs seized in both operations at $24 million.

According to U.S. officials, an estimated 6 per cent of the cocaine bound for the U.S. passes through the Dominican Republic.