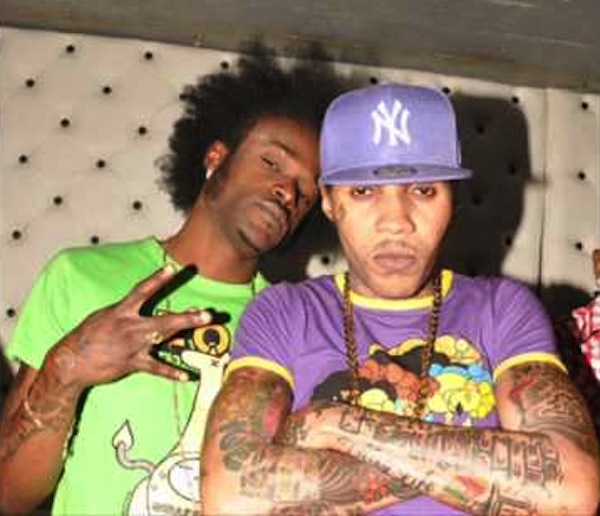 Vybz Kartel was back before that judge yesterday to continue his second murder trial inthe Home Circuit court.

Chow was the man who allegedly escape the beating then authorities say claimed the life of Clive “Lizard” Williams on August 16, 2011.

Under question from lead prosecutor Jeremy Taylor, Chow told the court about the incident leading up to the disappearance of his childhood friend Clive Williams.

Chow told the court that the whole ordeal was over a missing firearm. He said Vybz Kartel and the co-accused lower himself and Williams to the house on Swallowfield Avenue, Havendale, St. Andrew by assuring them that no harm would come to them.

Chow said Shawn “Storm” Campbell accompanied them in a taxi to the home where Vybz Kartel invited them inside and began questioning them about the missing firearm.

Chow said he and Williams told the men that they were planning to buy back the guns that went missing. However, despite their plea, he said Kahira Jones held on to Williams from behind and he ran into a backroom of the house but was cornered by Vybz Kartel and Shawn Storm.

Chow told the court that the two entertainers brought him back into the living roomwhere he noticed Clive Williams was laying on the ground motionless and Kahira Jones has a building block in his hand.

He said he was in fear of his life and managed to get away from the men and ran. The witness said Vybz Kartel was chasing him and was bitten by a dog that was in the yard.

By this time the jury was listening attentively to every detail of his testimony.

Lamar Chow said he then brought Vybz Kartel in a cab to the hospital before returning to the Waterford community in Portmore.

Chow said he was told by Shawn “Storm” Campbell that he should not tell anyone about what happened to Clive Williams. However, he said he told everyone who asked him the truth.

Williams body has never been found.

His testimony will continues in court today.

For the original report go to http://urbanislandz.com/2013/11/27/vybz-kartel-trial-prosecution-star-witness-gave-shocking-testimony/