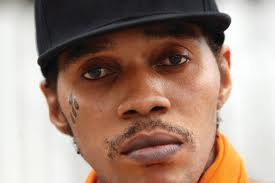 After weeks of being outside the courtroom, the 12-member jury at the Vybz Kartel murder case is expected to resume hearing the matter today in the Home Circuit Court.

The jury is expected to hear testimony from two expert witnesses, Joseph Simmonds, who is an official from telecommunications company Digicel, and police detective Heather Forrest.

The jury has been out of the courtroom as the court heard sensitive testimony from witnesses.

Among those who were called to the witness stand was cyber crimes expert Detective Sergeant Patrick Linton, the former head of the Police Forensic and Cybercrimes Unit at the Organised Crime Investigation Division.

The police had reported that they seized cellphones and other materials which showed video and audio recordings linking Vybz Kartel and his co-defendants to the killing.

Yesterday, Supreme Court judge Justice Lennox Campbell, who is presiding at the trial, ruled to allow the jury to be presented with evidence including that taken from mobile phones.

Williams was allegedly killed in relation to two missing guns.

For the original report go to http://jamaica-gleaner.com/latest/article.php?id=50421