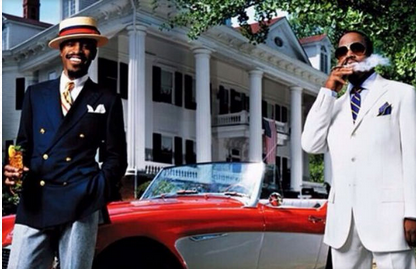 After rumors hinted at an OutKast reunion at Coachella, it has finally been made official by Big Boi on his personal Tumblr. “Outkast will be Headlining #Coachella 2014 ! Stank You Smelly Much ! And stay Tuned !!!”

As previously reported, the rap duo has been on an extended hiatus since 2007. But tonight, the Atlanta legends will headline the annual music festival held in Indio, Calif. They will take center stage on Friday April 11 and 18, while Muse kicks off on Saturday April 12 and April 19 and Arcade Fire plays on Sunday April 13 and 20. Judging from Big Boi’s Tumblr post, he’s pretty excited. And so are we.

Check out the rest of the major acts above, which include HAIM, Chance The Rapper, Skrillex, Calvin Harris andplenty more. As suggested by Coachella’s Twitter account, you better “share it like a polaroid picture.”

For the original report go to http://www.xxlmag.com/news/2014/01/outkast-will-officially-headline-coachella/