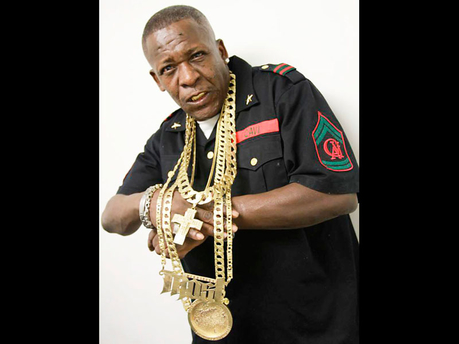 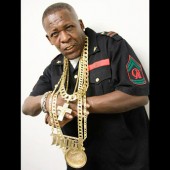 Dancehall artiste Ninja Man is gearing up to take on another acting role, this time alongside iconic Jamaican actor Leonard ‘Louie Rankin’ Ford, popularly known as Teddy Bruckshut. The movie is called Scotch Bonnet and will see both actors taking on the not-unusual gangster roles. This time around, the two are on a quest to figure out who is the ‘harder’ gangster, as they play rival ‘dons’ in inner-city communities.

Teddy Bruckshut has achieved recognition as an actor through commanding appearances in internationally renowned movies such as Shottas and Belly, while Ninja Man has made a name for himself as an actor with appearances inGangster’s Paradise and Rude Boy: The Jamaican Don.

Teddy Bruckshut was a popular dancehall artiste in the 1980s, gaining international attention for his dancehall single Typewriter. However, he later directed most of his attention to his acting career during the late ’90s following the success of Shottas. Ninja Man, on the other hand, despite making several acting cameos in movies and music videos stuck with the latter and developed a reputation as a dancehall clash giant, predominantly because of his lyrical exploits at Sting.

During a recent interview with Ninja Man, he told The Gleaner he was excited to have been chosen for an acting role alongside an iconic entertainment personality like Teddy Bruckshut. Ninja Man went on to say he would show his co-star who is boss at playing the role of a don.

The movie is yet to be filmed, but Ninja Man has already done a documentary which is expected to pull attention to Scotch Bonnet.

“My role is a gangster badman role. I haven’t gotten no pastor nor police role as yet, so I am just working with the script that they gave to me. I will be a don for my area and Teddy will be a don for his. It is the first time me and him will be in a movie, but him betta try nuh mek mi hol’ him pan di screen. But, seriously he is a great actor, Louie Rankin is a veteran DJ. I have known him for a long time as a big artiste,” Ninja Man said.

Teddy Bruckshut was unavailable for comment. However, he did give some insight into his role during a YouTube interview. According to the actor, the movie will be filmed in New York and Jamaica and could possibly be more successful than Shottas.

“Shottas was a good movie, but I think this one will go over that level because wi a tek it real hard,” Teddy Bruckshut said.

Despite the fact that he will be playing a don in Scotch Bonnet, Ninja Man denounced ‘donmanship’. According to the deejay, this is not the time for people to be embroiled in conflicts with the law.

“If you do those things, as day light yuh door kick off. Three day as a person of interest and on the fourth day yuh dead,” Ninja Man said.

For the original report go to http://jamaica-gleaner.com/gleaner/20140109/ent/ent1.html