Pencil Ft. Lunatic & Kevy B – Get To Know Me [Official Music Video] 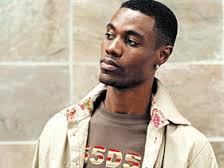 His recent video, Reset It was released a few months ago and has been receiving a lot of traction with the mainstream media.

Produced by Grammy Award winning producer Austin ‘Payday’ Green, Wayne Wonder is pleased with the response the single is getting.

“Performing throughout the world these past few months, the single is getting great feedback and great response from the mainstream market as well” said Wayne Wonder.

Reset It is currently on MTVIggy.com, which is a viacom media network and parent entity for MTV, MTV2, MTV Jams and CMT. Known for featuring global, cutting-edge talent, it is great exposure and achievement to be featured on the site.

Produced by Icey Jace Film factory and shot in Portland, Jamaica, the video has received more than 75,000 hits in less than one month and is now looking to receive greater exposure.

Wrapping up a successful 2013 with his recent tour in Japan, Wayne Wonder gears up for several more shows in the US and then he is off to Germany.

“For 2014, we can guarantee that Wayne Wonder will knock you off your feet as he has just released two new singles. One is titled I Need You produced by Kingstone Records and the other is Let Me Love You Tonight,produced by Natures Way Entertainment,” said Ronnie Tomlinson, CEO of Destine Media and publicist to Wayne Wonder.

For the original report go to http://jamaica-star.com/thestar/20131221/ent/ent2.html