Tupac Interview From March 1994 Gets Animated

Who will it be? 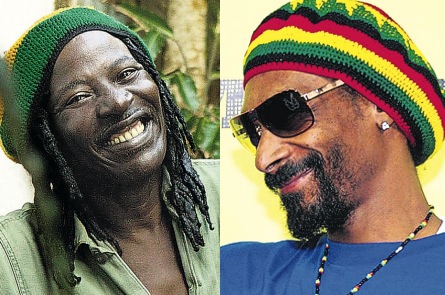 THE nominations for the 56th annual Grammy Awards will be announced tomorrow at the Nokia Theatre in Los Angeles.

Not many reggae or dancehall albums were released during the October 12, 2012- September 30, 2013, qualifying period.

With a career spanning more than 30 years, the 60-year-old singer from the Côte d’Ivoire has made a name for himself, especially in Africa and Europe. He earned his sole Grammy nomination for Best Reggae Album with 2002’s Merci. Mystic Power has earned critical acclaim. Hope, one of its songs, features Beenie Man; it also includes J’ai Tué le Commissaire, a French cover of Marley’s I Shot the Sheriff.

The rap legend’s debut reggae album was released in April. It is the most commercially successful reggae album this year with sales of over 70,000 copies.

Reincarnated opened at number 16 on the Billboard 200 Album chart and has consistently topped the Billboard Reggae Album chart. It features production by Major Lazer, Diplo, Dre Skull and guest appearances from Mavado, Popcaan and Mr Vegas.

Recently released by Tuff Gong Worldwide, this is Marley’s third live album. He reaped Grammy success three times as leader of Ziggy Marley & the Melody Makers. After going solo, he won Grammys for 2006’s Love is My Religion, and 2009’s Family Time.

One Love, One Life: Beres Hammond

A Grammy win continues to elude the veteran singer. This double-CD, released in November, 2012 by VP Records, is a decent effort which is worthy of nomination. Hammond was previously nominated for 2001’s Music is Life.

The third studio effort for Etana was released by VP Records in February. It is rooted in the one drop style that has made Etana one of contemporary reggae’s hottest acts. Better Tomorrow was produced by Shane Brown of Jukeboxx Productions.

For the original report go to http://www.jamaicaobserver.com/entertainment/Who-will-it-be-_15577497