Nesbeth on track to woo the London audience 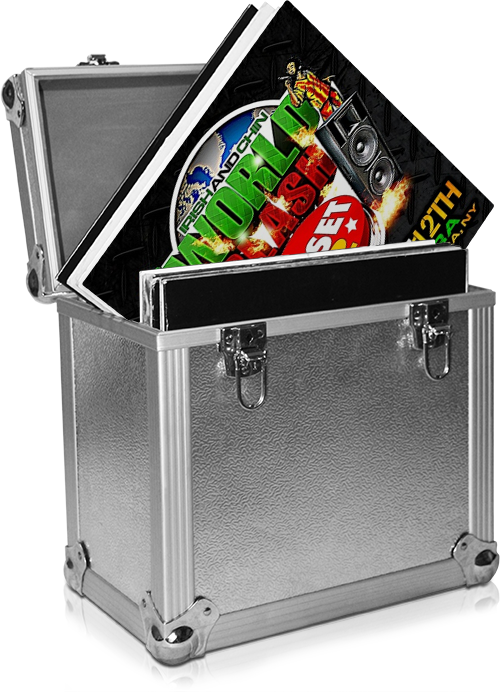 The streets are talking and so are the sounds! With just 15 days before the clash spectacular, World Clash R.E.S.E.T.’s buzz is serious! Tension is high and the competing sounds are firing shots! From intense interviews with piercing warnings to heavily armored dubs, mixes and drops, the sounds are sending strong messages. Which sound do you have your money on? Irishandchin.com caught up with some of the competing sounds recently! Click the images below to watch unforgettable interviews with Fire Links, Mighty Crown, Jazzy T and King Addies! View the interviews and get your advance tickets today! When referring to the stellar clash in the social media before, during or after the event, use #WORLDCLASHRESET.

King Addies, America’s greatest achieving sound system to date, is heading to World Clash for the first time ever with brand new selectors riding high after a recent huge defeat over Bass Odyssey. Boasting confidence and humility, Addies believes they are in a great position for victory. The “King” sound is boldly flossing their fully loaded Bounty Killer mix, which is bustling with dubs! Killer has made several statements in the social media, honoring Addies.

What can we say? Mighty Crown “The Far East Rulers” have no doubt that their return to the World Clash stage, after a 6 year hiatus, will lead to victory. Confident? Of course, using strong language, Masta Simon warns that Mighty Crown, the ‘seven time’ World Clash Champions, are back!! In this intense interview, Masta Simon advises juggling sounds ‘fi park’ and concludes that Links “Fire Dun!” Watch the interview! According to Mighty Crown,critics may hate, but they are gunning for title #8.

Jazzy-T/Renaissance may be entering the World Clash stage for the first time, but this leading selector is far from fearful. His love for the craft, music and ability to entertain diverse audiences serve in his favor. A stellar juggling powerhouse, Jazzy T’s mere presence in the clash has fans and the industry excited!

Fire Links says “No shakiness!” The feared clash selector is back for round two on the World Clash R.E.S.E.T. stage taking aim at all sound systems, arming himself with both juggling and clash fans. A force to be reckoned with in the industry, clash fans either hate him or love him. Regardless, no on denies his skills and knack for delivering top rate selections and entertainment.

Don’t miss your chance to win #WORLDCLASHRESET tickets and keep up with Dancehall, Sound System and News of the Caribbean Diaspora on #SOUNDCHATRADIO, streamed online and airing in 14 markets! http://www.irishandchin.com/soundchat-radio